Following the attack, the Jammu and Kashmir Police arrested one man.

At least one person was killed and over 30 others injured on Thursday in a powerful grenade attack that took place at a crowded bus stand in Jammu city, Jammu and Kashmir. Following the attack, the Jammu and Kashmir Police arrested one man. The police have also detained 12 people.

Six of the injured are in critical condition. The injured people have been rushed to Jammu's Government Medical College and Hospital. The blast occurred at around 12 noon.

The deceased, 17-year-old Mohammad Sharif, was a resident of Uttrakhand.

According to sources, a terrorist group in Kashmir has taken responsibility for the attack. The intelligence agencies had already received information regarding a grenade attack and three such inputs found that the terrorists were plotting a grenade attack, said the sources. They added that there are many inputs which suggest terror groups in Kashmir are trying to target Jammu.

Speaking on the grenade explosion MoS Defence Subhash Bhamre said, "Local investigation has been initiated into the incident. The government has already given complete liberty to the forces to take all necessary steps. Jammu Police has detained one suspect." According to sources he belongs to south Kashmir. 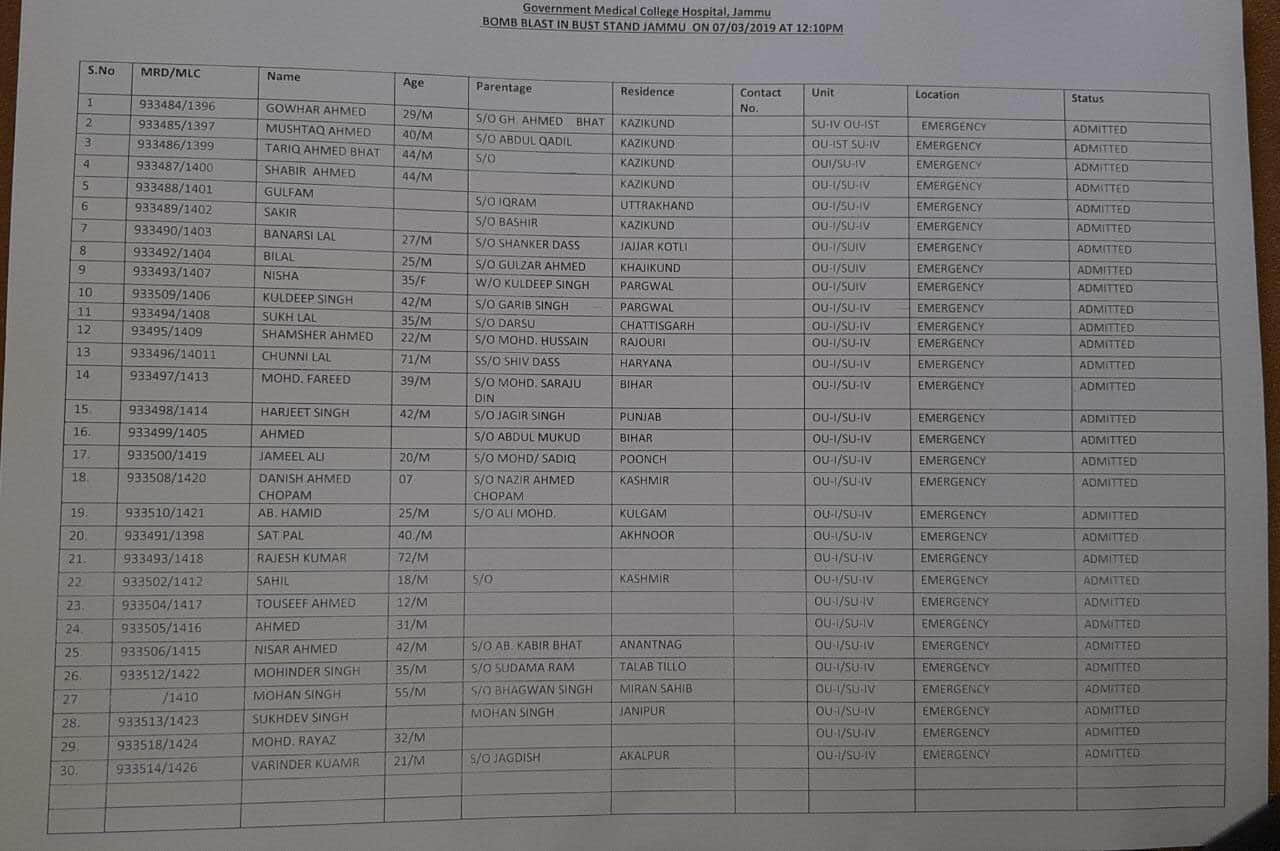 The blast created panic among the people. Eyewitnesses said that a powerful blast took place and they were shocked to see people lying in the pool of blood.

This is the third grenade attack by terrorists in Jammu bus stand since May 2018, viewed by security agencies as an attempt to disturb communal harmony and peace in the city.

Earlier on December 28-29 2018, suspected terrorists carried out a grenade attack on the bus stand with the intention to target the local police station building, an attack which took place seven months after another grenade attack along the BC Road left two policemen and a civilian injured on May 24, 2018.