Schools and markets remained closed, vehicles were off the roads and people stayed indoors during the bandh which began at 6 AM. 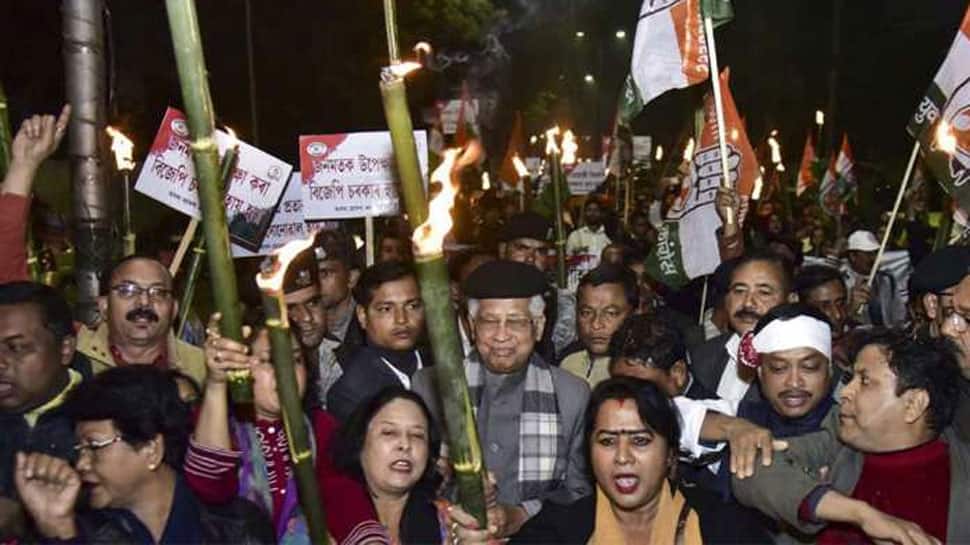 Kohima: Normal life was affected in Nagaland on Monday during a 10-hour bandh called by civil society organisations in protest against the Citizenship (Amendment) Bill, 2016.

Schools and markets remained closed, vehicles were off the roads and people stayed indoors during the bandh which began at 6 AM.

The BJP is a constituent of the National Democratic Peoples Party-led Peoples Democratic Alliance (PDA) government in the state.

The bandh has been called by the Nagaland Gaon Burhas Federation (NGBF). To implement the bandh, a Joint Coordination Committee of civil organizations, tribal bodies and indigenous citizens was formed on February 6.

The shutdown has been called in pursuance of a resolution adopted at a consultative meeting, called by the NGBF, at Dimapur on February 6. The meeting had unanimously resolved to oppose the bill.

The opposition Naga Peoples Front (NPF) has extended its support to the bandh.

The Nagaland Cabinet has also rejected the Citizenship (Amendment) Bill which was passed in the Lok Sabha on January 8. "This mass agitation is necessary as the bill will have adverse impacts on the people of the state," the committee said in a release.

The bill seeks to provide Indian citizenship to Hindus, Jains, Christians, Sikhs, Buddhists and Parsis from Bangladesh, Pakistan and Afghanistan after six years of residence in India even if they do not possess any document.

The mass agitation has also been called against the "lackadaisical attitude" of the Centre on the seven-decade-old Naga issue, the release said. "The government of India is expected to be more honest with its citizens rather than giving false hope," it said.