Union Home Minister Rajnath Singh on Friday expressed concern over the 2 per cent turn out in the re-polling held in 38 polling stations under the Srinagar Lok Sabha constituency. 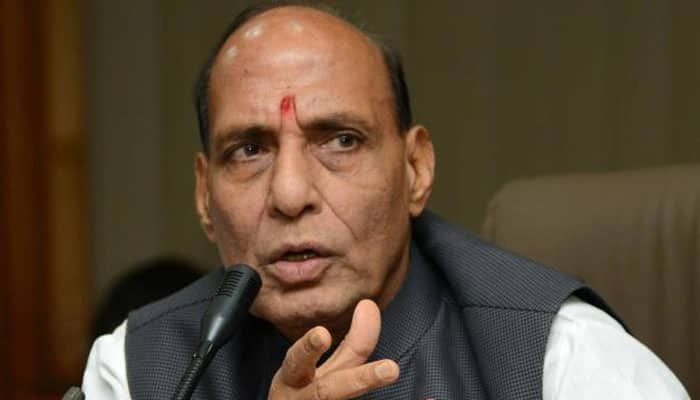 Kolkata: Union Home Minister Rajnath Singh on Friday expressed concern over the 2 per cent turn out in the re-polling held in 38 polling stations under the Srinagar Lok Sabha constituency.

He also assured that Narendra Modi government will do "something" to earn the confidence of the voters.

"It is a matter of concern. We are not only thinking but we have decided to do something," he told reporters here but declined to give the details of what the government will do about it.

Asked about the purported videos of human rights violation by forces in Kashmir, Rajnthan Singh said: "I can say the security forces are providing security putting their own life at stake in the crisis situation in Kashmir."

To a specific query about a video clip allegedly showing a Kashmiri youth tied to the front of a moving vehicle of the security forces as a human shield against stone-pelters, he said he had no such information.

"Whatever and wherever any such thing happens, it will be looked into. I have not received any such information. When I get the information, then I will answer this question."

He said an FIR has been lodged and action was on regarding the treatment meted out to the Central Reserve Police Force troopers who were carrying the Electronic Voting Machines during the election.

Video clips, which went viral, showed a group of youths heckling and even pushing the troopers as they wound their way.

"The way the CRPF troopers carrying the EVMs were treated, I had ordered that FIR be lodged. The FIR has been lodged now. Interrogation is on," said Rajnath Singh.