The infant is identified as Sujith Wilson who fell into the borewell while playing near his house. Soon after the incident was reported the rescue team reached the spot and started their operations. A medical team was also called to supply oxygen to the child. 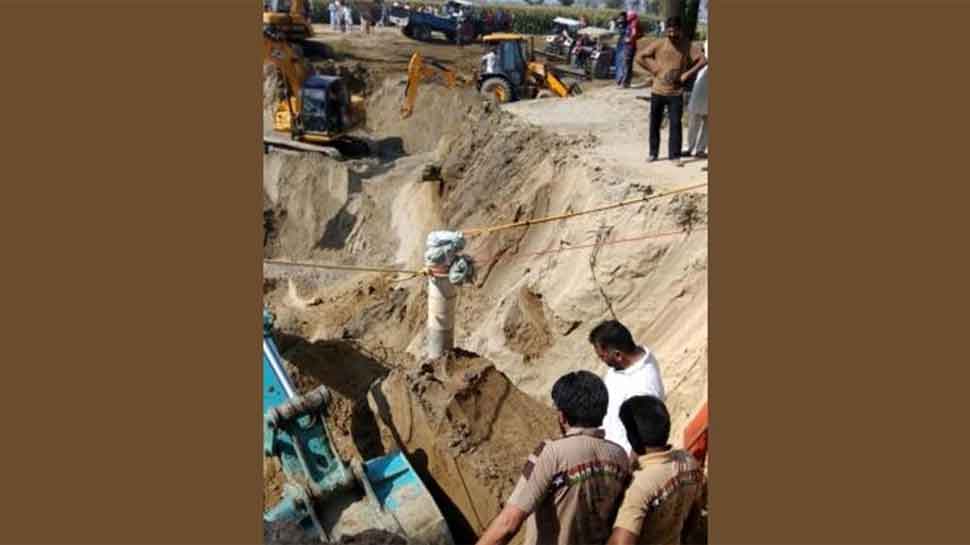 Nadukattupatti: A two-year-old boy Sujith Wilson who fell into 25-feet deep borewell on Friday is being rescued by the NDRF and SDRF team in Nadukattupatti area of Tiruchirappalli district of Tamil Nadu.

The infant fell into the borewell while playing near his house. Soon after the incident was reported the rescue team reached the spot and started their operations. A medical team was also called to supply oxygen to the child.

However, the rescue operation was delayed due to rock terrains below 10 feet at the drilling site. According to information, three staff members from the rescue team are carrying out the operation inside the pit.

Tamil Nadu Health Minister C. Vijayabaskar who is monitoring the rescue operation said, ''We are trying to supply maximum oxygen inside the borewell. Despite our efforts, we are unable to lift him. It is unfortunate that since morning we cannot hear his voice. More rescue teams are on the way."

The Tamil Nadu tourism minister Natarajan, Collector Sivarasu and SP Ziaul Haq are also looking into the matter and directing the authorities concerned.

In light of the situation, #SaveSujith has started trending on social media.

At present, the medical team is providing oxygen to the boy from outside the borewell, where rescue operations are still underway.