The Pakistani jets had made an unsuccessful attempt to target vital military installations in the Indian side of the border on Wednesday. 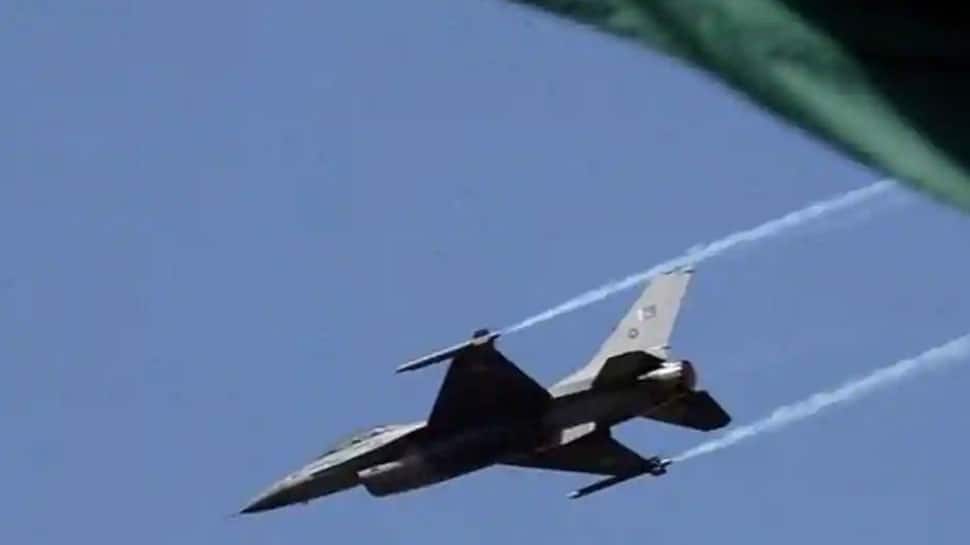 NEW DELHI: Amid heightened tension between India and Pakistan, highly placed government sources on Thursday confirmed that at least 20 fighter aircraft of Pakistani Air Force (PAF) had crossed into the Indian side on Wednesday.

It was reported on Wednesday that at least three Pakistani jets had violated the Indian air space and dropped bombs on the way out.

Pakistani jets had entered the border areas of Nowshera sector in Jammu and Kashmir's Rajouri district on Wednesday morning.

However, the Pakistani jets were chased away by the Indian Air Force and one of the PAF jets - F-16 bomber – was shot down by the Indian fighters.

Based on the eyewitnesses account and the videos shot by local residents, the sources claimed that it was now beyond doubt that at least 20 PAF jets had crossed into the Indian side and dropped bombs while being chased away by the vigilant IAF fighters.

The Pakistani jets had made an unsuccessful attempt to target vital military installations at the Indian side of the border.

Pakistan's claims that its air force did not target the Indian military installations during Wednesday's air intrusion was also rubbished by the Defence Ministry on Thursday.

The officials said that the Pakistani jets clearly targeted multiple military installations in Naushera and Rajaouri sector, but their attempts were foiled by the combat patrol team of the Indian Air Force.

Sources said that the alertness of the armed forces remained at the highest level in the aftermath of the incident.

They said that the leaves of security forces have not been cancelled, though leaves of personnel holding important positions are being curtailed.

The sources also said that there has been no mobilisation of ground forces yet and that some forces are ready to move at short notice.

An IAF pilot was captured by Pakistan after aerial combat on Wednesday during which the two sides said they shot down each other's warplanes that followed an unsuccessful attempt to target Indian military installations in retaliatory strikes that sparked fears of war.

The aerial engagement between India and Pakistan for the first time since the 1971 war marked a dramatic escalation of confrontation prompting world leaders to urge the two neighbouring countries to exercise "utmost restraint".

India said it shot down an F-16 warplane of Pakistan while it lost a MiG 21 during the fierce engagement between the air forces of the two countries along the Line of Control.

In yet another provocation, the airspace violation comes hours after the Pakistani Army's ceasefire violation in the same area with mortars earlier on Thursday.

The Pakistani soldiers started to fire at the Indian posts once again at around 1 pm. The enemy forces fired mortars across the Line of Control in the Krishna Ghati sector but there has been no damage on the Indian side.

The Indian soldiers, too, responded by targeting the Pakistani posts.