A Rs 2,000 annual grant will also be given to the cops to meet the cost of recharging mobile phone SIM cards. The announcement was made by Chief Minister Yogi Adityanath on the Police Commemoration Day. 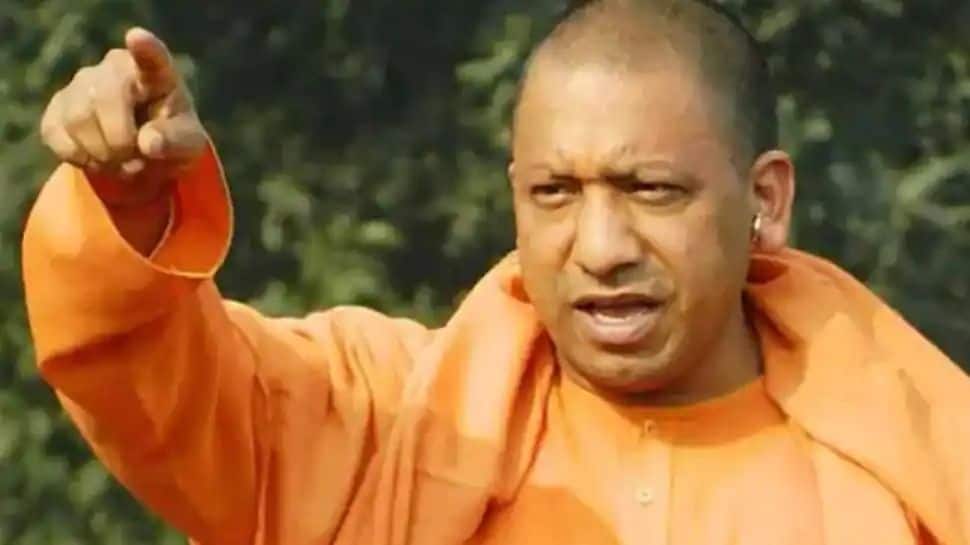 Lucknow: The Uttar Pradesh government on Thursday (October 21) announced a 25 per cent hike in the nutritious diet allowance for police personnel and a Rs 2,000 annual grant to meet the cost of recharging mobile phone SIM cards. The announcement was made by Chief Minister Yogi Adityanath on the Police Commemoration Day when he also paid tributes to the police personnel who laid down their lives in the line of duty.

Adityanath also said the kin of all policemen who died of COVID-19 while discharging their duty are being given an ex gratia of Rs 50 lakh each.
A sum of Rs 18.50 crore has been paid so far to the families of policemen, who died of Covid, a UP government statement said. 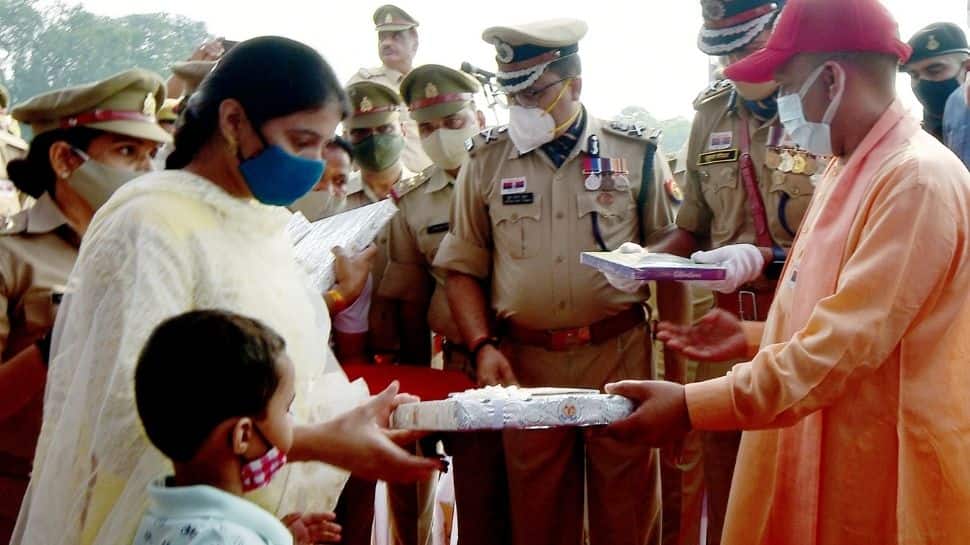 UP CM Yogi Adityanath honours the family members of police personnel who lost their lives in the line of duty on the occasion of Police Commemoration Day, at Reserve Police Lines, in Lucknow (Pic: ANI)

Police personnel up to the rank of inspectors are presently being paid nutritious diet allowances between Rs 1,200 and Rs 1,600, depending upon their rank, ranging from constable and other grade IV employees to inspectors, the statement said. The chief minister also asked the Police Department to provide mobile phones and their SIM cards to policemen engaged in field duty and often needed to rush to the crime scene and said such policemen will be given a SIM card allowance of Rs 2,000 every year, the statement said.

The chief minister also exhorted policemen to discharge their duty with honesty and devotion to instil a sense of security among people, the statement said.

He said a total of 23,075 police personnel have been promoted to various non-gazetted posts and a proposal has been sent to the Police Recruitment and Promotion Board to recruit 829 sub-inspectors and 26,744 constables more. Adityanath said his government is working under a policy of zero tolerance towards crime and criminals. "As a result, 151 criminals were killed in encounters and 3,473 were injured between March 20, 2017 and October 10, 2021. In this action, 13 police personnel displayed valour and attained martyrdom and 1,198 police personnel were injured," he said.