Bollywood superstars Rajinikanth and Amitabh Bachchan were honored at the event. Rajinikanth was felicitated with the Icon of the Year Award by Javadekar and Amitabh. 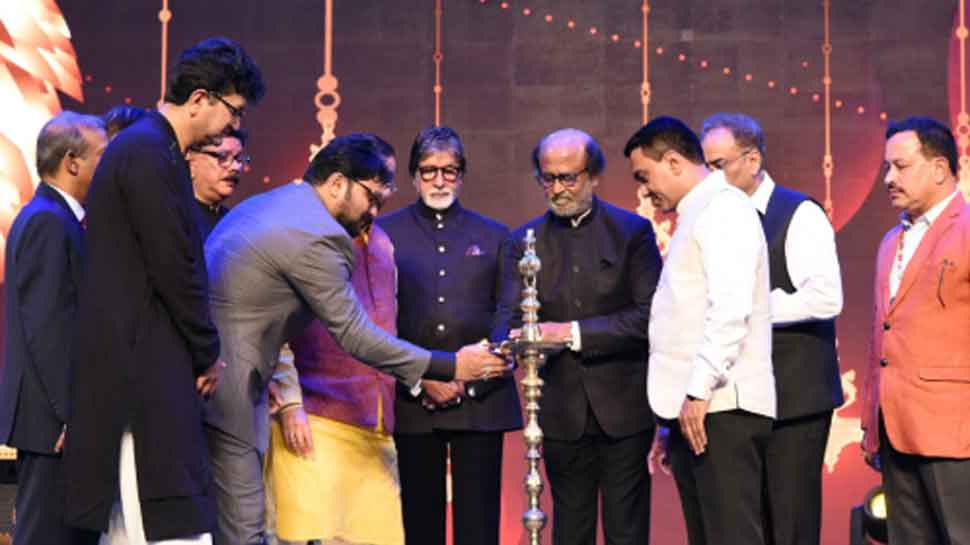 During the inauguration, Javadekar said, "It's a proud moment for the film fraternity.'' In his address, Javadekar declared that a single-window system will soon be opened to grant permission for shooting locations which will eliminate the struggle of filmmakers of going to several departments.

"India has such scenic locations, sites, but for shoots, one has to take 15-20 permissions. We are starting a single-window system for (permission) for shootings. Goa, Leh-Ladakh and Andaman and Nicobar will also benefit," Javadekar said during the inaugural session.

Bollywood superstars Rajinikanth and Amitabh Bachchan were honored at the event and both were seen calling each other as their inspirations.

Receiving the award Amitab said, "This is a debt on my head of your love and affection. I would not be able to repay the debt and I would not want to, because I would like to keep it forever."

Rajinikanth was felicitated with the Icon of the Year Award by Javadekar and Amitabh. Well, known Bollywood director, Karan Johar hosted the opening ceremony of IFFI, in Goa.

Anant Mahadevan also gave an entertaining live performance along with his band in the ceremony.