55% MLAs in Andhra Pradesh have criminal cases against them: ADR report

A total of 55 (32%) MLAs have declared serious criminal cases against themselves.

Among major parties, 50 (33%) MLAs of YSRCP, 4 (17%) from TDP, and 1 from Janasena Party have declared serious criminal cases against themselves in their affidavits. 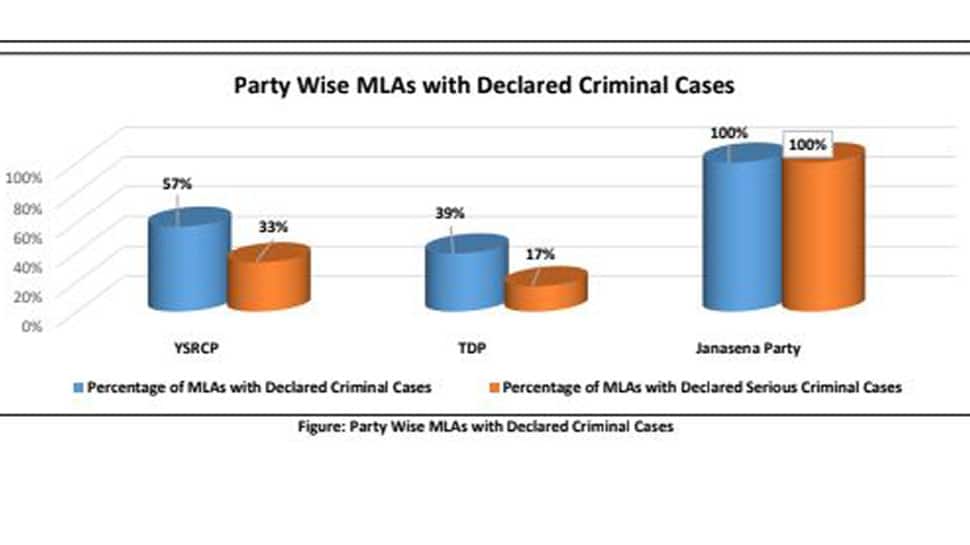 The ADR report said that six MLAs have declared cases related to crime against women such as assault or criminal force to woman with intent to outrage her modesty (IPC Section-354), Word, gesture or act intended to insult the modesty of a woman (IPC Section-509) etc. against themselves.

The self-sworn affidavits of 174 of the 175 MLAs in the Andhra Pradesh Assembly were analysed by APEW and ADR.