Punya Salila Srivastava, Joint Secretary of Home Ministry, however, said, "Union Ministry of Home Affairs has written to state governments to take strict action in cases of attack on healthcare and frontline workers and ensure the security to medical fraternity." 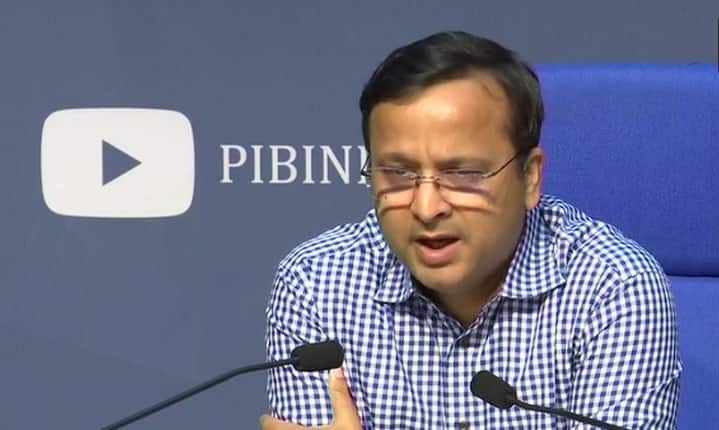 New Delhi: The government on Friday (April 3) informed that as many as 336 fresh cases of COVID-19 and 12 deaths reported in the last 24 hours with the total number of coronavirus positive cases has gone up to 2301 in the country. A total of 157 patients have recovered so far, said Lav Agarwal, Joint Secretary, Health Ministry, while addressing a joint press conference.

Lav Aggarwal said that there were coronavirus cases in the country and the situation was under control amid lockdown, but cases from Tablighi Jamaat have increased the challenge.

He also stated that Health Minister Harsh Vardhan has appealed to patients and their families that they should not create any obstacle in the path of doctors while they discharge their duties. "He also expressed concerns over misbehaviour with doctors and medical staff," Lav Aggarwal added.

He said that some incidents of misbehaviour with health workers have come to our notice, adding "We have asked the state governments to take strict action against such people."

Punya Salila Srivastava, Joint Secretary of Home Ministry, however, said, "Union Ministry of Home Affairs has written to state governments to take strict action in cases of attack on healthcare and frontline workers and ensure the security to medical fraternity."

She added, "There were seven helpline numbers in the control room of the Union Home Ministry. Now, we have introduced two more helpline numbers - 1930 (all India tollfree number) and 1944 (dedicated to Northeast)."

The Home Ministry`s instructions to the states were given amid reports that from various states including Madhya Pradesh and Bihar where health workers and the police officials who went to collect the blood samples of the suspected COVID-19 patients were allegedly attacked by a mob.