A cover to hide nervousness: Akhilesh hits back after Uttar Pradesh CM Yogi Adityanath says visit could have led to violence

Akhilesh stressed that stopping him from attending a students' union programme in Prayagraj shows how "scared" the government is. 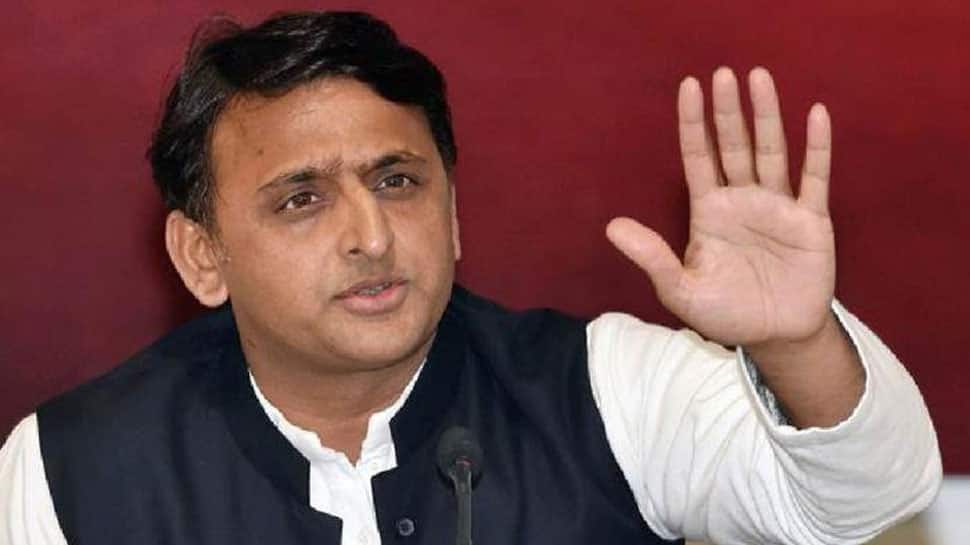 LUCKNOW: Samajwadi Party Chief Akhilesh Yadav on Tuesday hit back at Uttar Pradesh Chief Minister Yogi Adityanath over latter's comments that his Allahabad visit could have triggered violence, saying the statement is nothing but "a cover to hide nervousness".

Akhilesh stressed that stopping him from attending a students' union programme in Prayagraj shows how "scared" the government is.

"I was stopped from boarding a flight to Allahabad to attend a students' union programme. I haven't been given a reason why but it seems the general impression was that I would create a law and order problem. Chief minister has given a statement to this effect but they are using this as a cover to hide their nervousness because our youth have had enough," Akhilesh was quoted as saying by PTI.

"If there was a genuine problem, the police there would have objected, or asked for a change in my schedule. I understand the need to ensure the safety of people and property and would never do something to endanger either knowingly," he added.

The former Uttar Pradesh Chief Minister said the BJP has lost Uttar Pradesh, "but more than an election, they have lost the faith that the youth of this country reposed in them".

Earlier, Yogi Adityanath had said that Akhilesh's visit could have led to fighting between rival student groups at the Allahabad University.

Akhilesh was stopped by the Uttar Pradesh Police at Lucknow airport on Tuesday morning while he was heading to Prayagraj to attend a student union function at the university.