A year after abrogation of Article 370, Kashmir is now dreaming, aspiring high

For decades, voices of Kashmiri people were silenced amid sounds of blasts and gunshots but now the whole picture is under transformation. 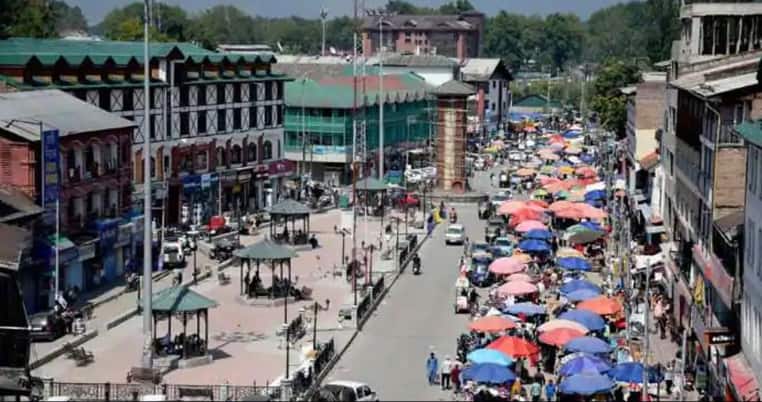 Baramulla: A year after the special status of Jammu and Kashmir was scrapped, incidents of stone-pelting have drastically come down and Kashmir is now humming in free air.

Known as heaven on earth, Kashmir is no more the land of stone-pelters, but of those who are dreaming and aspiring high for their better future. For decades, voices of Kashmiri people were silenced amid sounds of blasts and gunshots but now the whole picture is under transformation.

The residents here now want to fulfill their dreams and show their talent to the outside world, while becoming part of mainstream India.

One such young man from Baramulla is Arshad Malik, who is not a star but an artiste, working in a hotel. Amid COVID-19 induced lockdown, he lost his work and now unable to arrange enough amount to post a quality video on social media, but he is unstoppable. People in his area call Arshad 'superstar' for his rapping skills that he showcases under the name of Rap and Bollywood.

Bandipura's Muntajir Nasir is another artiste, who after the scrapping of Article 370, hopes that after the lockdown good days will come for the people like him.

Although he is not able to see since his birth, the Indian Army provided him with musical instruments- Harmonium and keyboard. With his musical skill and dedication, he has performed on many platforms.

A year after the scrapping of Article 30, such people are dreaming high for their better future in Kashmir.

This year till July, a total of 120 terror-related cases have been reported, and last year during the same period - between January and July -- a total of 188 cases were reported.