Navlakha, along with a few other activists, is facing a case for alleged links with Naxals. He moved the court seeking quashing of the FIR against him. 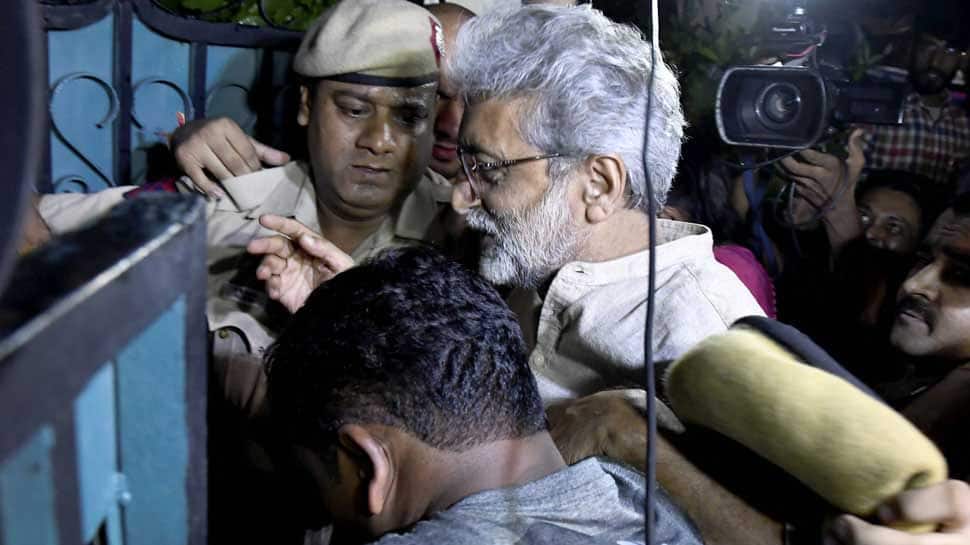 Activist Gautam Navlakha and the Naxal groups he was associated with were in touch with Hizbul Mujahideen and Kashmiri separatist leaders, Pune Police claimed before the Bombay High Court on Wednesday.

Navlakha, along with a few other activists, is facing a case for alleged links with Naxals. He moved the court seeking quashing of the FIR against him.

Aruna Pai, the counsel for Pune Police, said some of the documents recovered from the laptops of co-accused Rona Wilson and Surendra Gadling showed that Navlakha and various Naxal groups he was associated with had conducted "bilateral talks" with Hizbul leaders.

"He (Navlakha) has been liaising with banned terrorist organisations including Hizbul Mujahideen since 2011," she claimed.

Pai further alleged that between 2011 and 2014, Navlakha was in touch with Kashmiri separatist leaders Syed Ali Shah Geelani and Shakil Bakshi.

Navlakha was booked under the Unlawful Activities (Prevention) Act and other offences. On July 5, the High Court had granted him interim protection from arrest till July 23. On Wednesday, it was extended till further orders.

While Navlakha's lawyer, Yug Chaudhary, denied all the charges, Pai contended that protection from arrest was coming in the way of investigation.

According to Pune Police, inflammatory speeches at Elgar Parishad conclave held in Pune on December 31, 2017, led to violence near the Bhima Koregaon war memorial in Pune district the next day, and the Parishad had been supported by Maoists.