Adhir Ranjan Chowdhury claimed that since the United Nations was monitoring the situation in Jammu and Kashmir since 1948, the Narendra Modi government should explain how the issue is an internal matter of India. 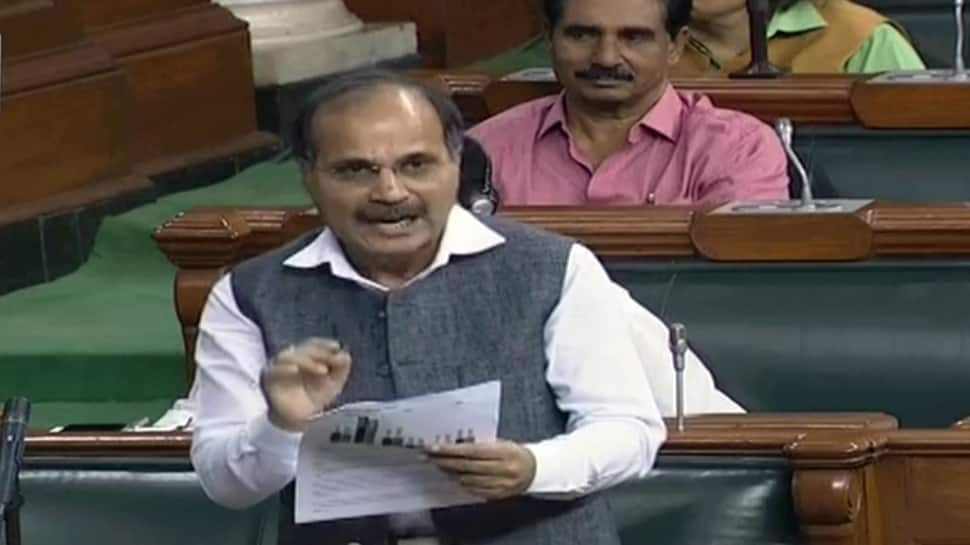 Congress’ dilemma on Centre’s decision to revoke Article 370 and Article 35A was on display in the Lok Sabha on Tuesday as party MP Adhir Ranjan Chowdhury was caught on the wrong foot while speaking about the issue. His speech in the Lok Sabha ended up miffing former Congress party president Sonia Gandhi. During his address in Lok Sabha, Chowdhury claimed that since the United Nations was monitoring the situation in Jammu and Kashmir since 1948, the Narendra Modi government should explain how the issue is an internal matter of India.

Later, the Congress leader clarified on his statement saying his statement in Parliament was just “an enquiry”. He, however, reiterated that “since 1948, Kashmir has been under monitoring mechanism of the United Nations”. “Kashmir has always been under observation of international forum,” he added.

“See if one wants to manufacture controversy, I do not have anything to say. Everything is on record in Parliament…anything could be altered in the wake of bifurcation, it was my enquiry, not my question. I just asked for simple clarification,” said Chowdhury.

Talking about the issue of Pakistan-occupied-Kashmir, over which he received a strong rebuttal from Home Minister Amit Shah on the floor of the House, Chowdhury said, “I flag the attention. In 1994, we adopted a resolution – PoK has to be restored, to be brought under our ambit.”

Chowdhury’s speech in the Lok Sabha earned him the Bharatiya Janata Party’s ire inside as well as outside Parliament. As the Congress leader raised the issue of PoK in Lok Sabha, Home Minister Shah said he would even sacrifice his life for the cause, adding, “When I talk about Jammu and Kashmir, it includes PoK and Aksai Chin”.

BJP spokesperson Sambit Patra also took to Twitter to slam the Congress over the MP’s speech, saying it seems “Pakistan has sent their representatives” to Parliament. He tweeted, “Adhir Ranjan Chaudhary demanding a clarification from BJP government as to how Kashmir is an internal matter of India ..saying Kashmir matter is pending in the UN ...It seems Pakistan send their representative to the Indian Parliament! (sic).”