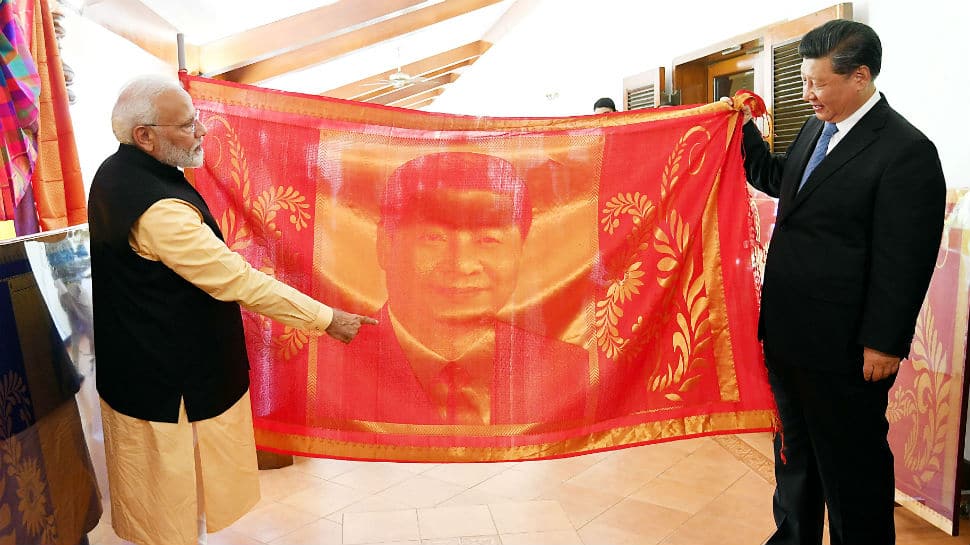 A 240 Hooks Electronic Jacquard helped encode the portrait pattern into the design punch cards that created the thread patterns used by the master weavers. The warp and weft used is 20/22 Denier Silk along with half fine zari. 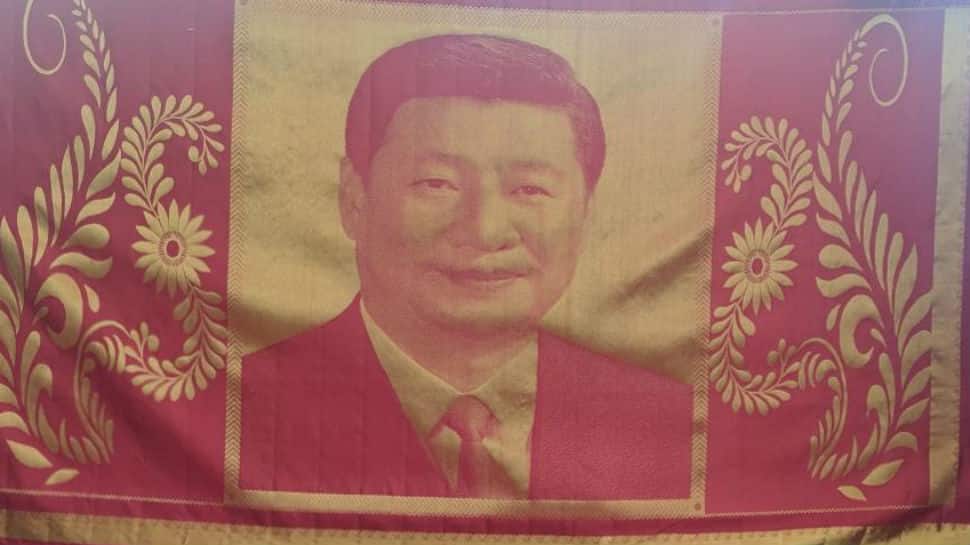 The portrait is woven on a red background with floral patterns on both sides to enhance its beauty and elegance. It took five days to weave it.

PM Modi and President Xi held aloft the two sides of the portrait and posed for photographers.

Earlier on Saturday, PM Modi took the Chinese President around an exhibition of artefacts and handloom at the Taj Fisherman's Cove hotel, the venue for the summit. He also explained to President Xi about the artefacts.

During the opening of the talks between the two world leaders, President Xi said that his visit to Mahabalipuram is a "memorable experience" and would have "far-reaching impact" for the Chinese people.

President Xi arrived for a 2-day visit to India on Friday. He landed in Chennai in the afternoon and met PM Modi in Mamallapuram, the place which also holds a special connect with China.

The Prime Minister gave President Xi a guided tour about the architecture and significance of the three important rock-cut monuments of the town. Later in the evening, a cultural programme, followed by dinner was hosted for President Xi.

On Friday, PM Modi gifted Nachiarkoil, an Annam lamp richly coated with gold, and a Thanjavur painting of dancing Saraswathi to the Chinese President.