Congress MLA MTB Nagaraj had on Saturday said that he was withdrawing his resignation and would stay with his party. 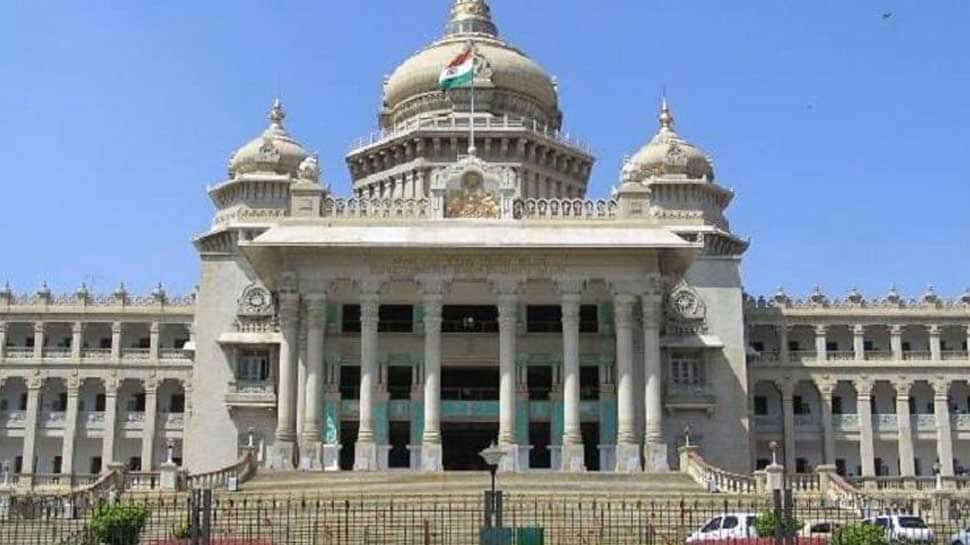 Mumbai: In a new twist to the current political turmoil in Karnataka, a senior Congress MLA, who had earlier announced to withdraw his resignation and assured that he will stay with his party, on Sunday joined hands with the dissident ruling coalition legislators who are currently staying in a Mumbai hotel.

According to reports, Congress MLA MTB Nagaraj arrived at the Mumbai hotel, where 14 rebel MLAs of Congress-JD(S) coalition are staying, this afternoon.

Nagaraj was accompanied by BJP MLA R Ashok at the hotel. The Congress legislator had left Bengaluru for Mumbai in a special flight.

Nagaraj had on Saturday said that he was withdrawing his resignation and would stay with his party.

After intense meetings with Congress leader DK Shivakumar and Chief Minister HD Kumaraswamy, Nagaraj had on Saturday expressed his wish to stay with the party.

"Sudhakar and I had given resignations from MLAs` post. All the leaders are asking me to stay in the Congress since morning. I have decided to stay in the party," Nagraj said.

Hoskote MLA Nagaraj and Chikballapur Congress MLA K Sudhakar Rao were among the rebel Congress-JD(S) MLAs, who had resigned from the Assembly on July 10.

Meanwhile, former Karnataka chief minister and state BJP chief BS Yeddyurappa on Sunday said that he will request Karnataka Chief Minister HD Kumaraswamy to either face trust vote or resign from his post.

"I will request CM HD Kumaraswamy to resign immediately because more than 15 MLAs from JDS and Congress, and also two independent Ministers have resigned and they have reflected that they will support BJP," he said while speaking to the reporters in Bengaluru.

The Lingayat strongman of BJP had earlier asked Kumaraswamy to prove his government`s majority on the floor of the state assembly, which is likely to be held on Monday.

"The Chief Minister had said that he would not continue without seeking a trust vote. He should fulfill his commitment on Monday. We will wait till then," the BJP leader had said.

A bunch of dissidents had earlier approached the top court with the same demand and the court had ordered a status quo in the case on Friday.

The Congress-JDS government, which came to power around 13 months ago, plunged into a serious crisis on Saturday last week following the resignation of over a dozen MLAs from the two parties.