Now, that the Ayodhya verdict is out, Chief Justice Gogoi has four other important judgments to deliver before he retires from office on November 17. The bench headed by him will deliver the verdicts in just three days - from November 13 to 15 - as the apex court was closed on Monday and Tuesday. 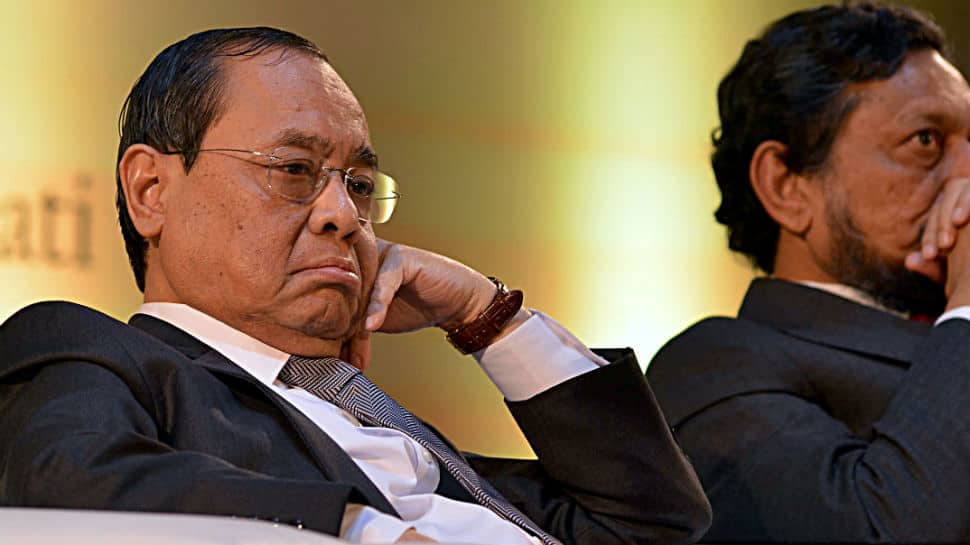 New Delhi: In one of the most-anticipated and politically crucial judgements, a five-judge Constitution bench, headed by the Chief Justice of India (CJI) Ranjan Gogoi, delivered the historic verdict on the decades-old Ramjanmbhoomi-Babri Masjid title suit (Ayodhya case) on Saturday. The Supreme Court unanimously handed over the disputed site at Ayodhya for the construction of a Ram Temple and set up a trust for the purpose and said that Sunni Waqf Board will be given five acres of land in the temple town.

Now, that the Ayodhya verdict is out, Chief Justice Gogoi has four other important judgments to deliver before he retires from office on November 17.

The bench headed by him will deliver the verdicts in just three days - from November 13 to 15 - as the apex court was closed on Monday and Tuesday.

Here's a look at the cases:

The Supreme Court will deliver the verdict in the politically-sensitive Rafale deal review petitions against its December 2018 judgement upholding the 36 Rafale jets' deal. A bench of Chief Justice Gogoi, Justice SK Kaul and Justice KM Joseph had reserved the order in May on the review petitions filed against the Rafale deal. The review petitions were filed by former Union Ministers Yashwant Sinha, Arun Shourie and advocate Prashant Bhushan, contending that the government had suppressed material information from the Court regarding the Rafale deal.

The Bench will also deliver its verdict on the contempt plea filed by Bharatiya Janata Party (BJP) MP Meenakshi Lekhi against Congress leader Rahul Gandhi for wrongly attributing to the court his 'chowkidar chor hai' slogan. Rahul had later issued an unconditional apology to the apex court for his "unintentional, non-wilful and inadvertent" linking of the top court order on Rafale with his 'chowkidar chor hai' jibe against Prime Minister Narendra Modi.

Chief Justice Gogoi, before his retirement, is set to deliver his judgement on review petitions against the verdict allowing entry of women of all age groups into the Sabarimala Ayyappa temple in Kerala. On February 6, the five-judge Constitution Bench also comprising Justice RF Nariman, Justice AM Khanwilkar, Justice DY Chandrachud and Justice Indu Malhotra, had reserved its judgment on a batch of petitions seeking review of its September 2018 verdict allowing the entry of women into the Sabarimala temple.

Should the office of CJI come under RTI?

The five-judge Constitution Bench will also pass judgement on the case whether the Chief Justice of India's office is covered under the purview of the transparency law, Right to Information Act (RTI). The Bench had on April 4 reserved its order in the case. The verdict in the case will decide whether the CJI's office will come under the ambit of the RTI Act.