Robert Vadra reached Jaipur on Monday along with his mother Maureen Vadra. 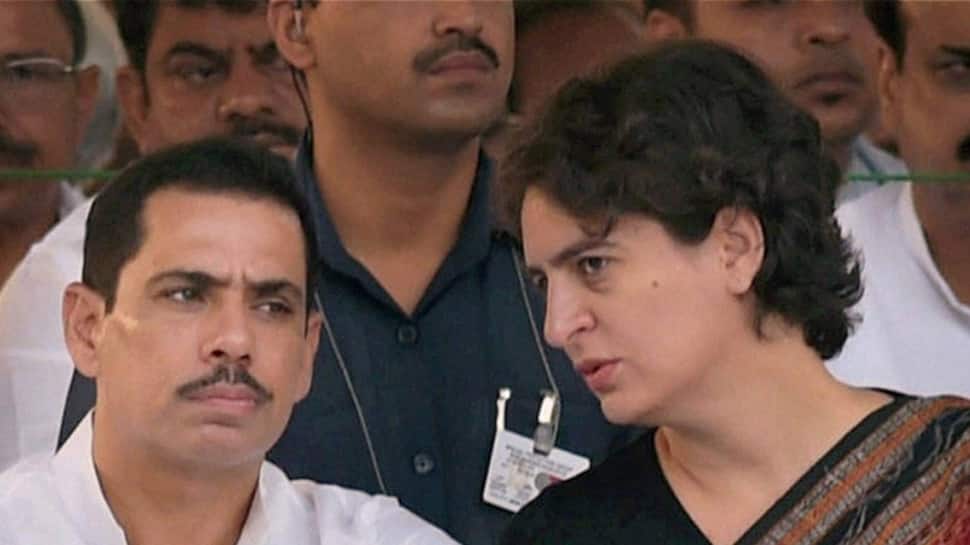 JAIPUR: Late on Monday night after a long roadshow in Lucknow, Congress general secretary Priyanka Gandhi Vadra landed in Jaipur to meet her husband Robert Vadra. Vadra is scheduled to appear before the Enforcement Directorate (ED) in Jaipur in connection with a probe into an alleged land scam in Rajasthan's Bikaner.

Vadra had reached Jaipur earlier in the day on Monday along with his mother Maureen Vadra. As per reports, he is likely to be posed 55 questions which have been drafted by the Directorate. The alleged scam relates to 275 acres of land in the Kolayat sub-division of Bikaner district.

According to airport authorities, Priyanka left the airport under tight security for the hotel where her husband had reached earlier in the day.

Ahead of the questioning in Jaipur, Vadra, in a Facebook post, attacked the Centre for 'harassing a senior citizen'.

"So here we are my 75 year old mother n me in Jaipur to depose in front of the Enforcement Directorate. Not understanding the lows of this vindictive government to be harassing a senior citizen, who the world knows has lost her daughter in a car crash, her ailing son to diabetes, and her husband as well. Three deaths n all I did was to ask her to spend time with me in my office, so I can look after her and we both could grieve on our losses, while spending time together. Now she is being accused, maligned and called to be interrogated, for spending time in my office," he wrote.

He questioned why the government did not act in the past 4 years and 8 months and when the campaigning began for the Lok Sabha election. "Since I have already been interrogated for 3 days in Delhi’ headquarters, of the Enforcement Directorate. If there was any issue or any illegality, which was found by government, why did it take them 4 years n 8 months, to call me a month before campaigning begins for the General elections. Do they think people in India do not view it as an election gimmick ?! As I always have adhere to rules and overall being a disciplined person," he wrote on Facebook.