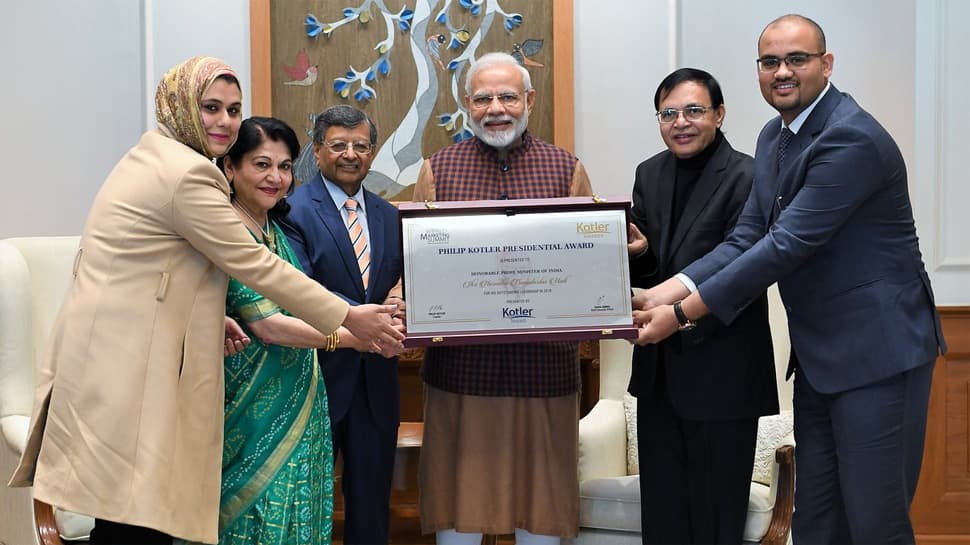 New Delhi: With Congress president Rahul Gandhi mocking the Prime Minister for being awarded the Philip Kotler award, the marketing guru took to Twitter to congratulate Narendra Modi for the honour and hailed his "selfless service towards India".

"I congratulate PM @narendramodi for being conferred the first ever Philip Kotler Presidential Award. He has been selected for his outstanding leadership & selfless service towards India, combined with his tireless energy," Kotler said on Twitter Tuesday.

He said Modi's efforts in India have resulted in "extraordinary economic, social and technological advances". "His winning the first Philip Kotler Presidential award raises the bar for future recipients," the marketing guru said.

Rahul earlier took a dig at Modi saying he wanted to "congratulate" him on winning the "world famous" Philip Kotler Presidential award. "In fact it's so famous it has no jury, has never been given out before & is backed by an unheard of Aligarh company. Event Partners: Patanjali & Republic TV :)," he said on Twitter.

In a sharp retort, Union minister Smriti Irani, while tagging Gandhi's tweet, suggested that unlike Prime Minister Modi, who was awarded by someone else, Gandhi family members had conferred themselves the country's top civilian honour --Bharat Ratna.

"Rich !!! Coming from a person whose illustrious family decided to confer the 'Bharat Ratna' on themselves," she tweeted.

According to a statement from the Prime Minister's Office, the award focuses on the triple bottom-line of 'people, profit and planet' and will be offered annually to the leader of a nation.

Philip Kotler is a professor of marketing at Northwestern University, Kellogg School of Management.