The decision to cancel the visit to Turkey marks a low in relations between New Delhi and Ankara, which have never been very warm. PM Modi had last visited Turkey during the G20 in Antalya in 2015. He had held a bilateral with Erdogan in Osaka, on the sidelines of the G20 in June this year. 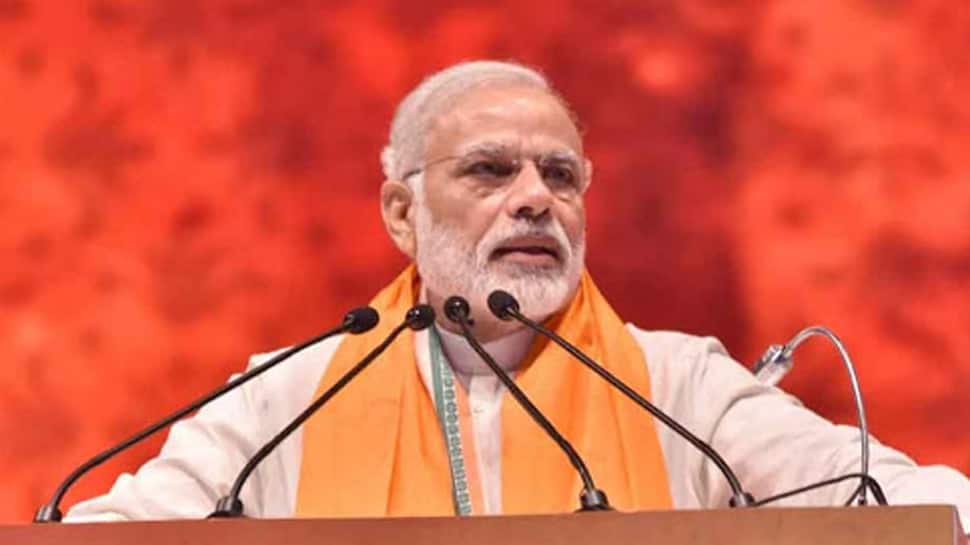 New Delhi: With Turkish President Recep Tayyip Erdogan openly raising Kashmir issue at the United Nations General Assembly and his country backing Pakistan at the Financial Action Task Force (FATF) meet in Paris, India has decided to give a cold shoulder to its ties with Turkey - cancelling a two-day official visit to Ankara by Prime Minister Narendra Modi at the end of this month.

PM Modi's trip to Ankara would have been his first stand-alone visit to Turkey. He was to have proceeded to Turkey from Saudi Arabia, where he is going on October 27-28 to attend a mega-investment summit. The decision to cancel the visit to Turkey marks a low in relations between New Delhi and Ankara, which have never been very warm.

Trade and defence cooperation were among the issues that were to be on the table during PM Modi's Ankara visit, which had been agreed to 'in-principle.'

The Ministry of External Affairs was non-committal over the development.

"The visit was never finalised, so there is no question of cancellation," a MEA source said.

PM Modi had last visited Turkey during the G20 in Antalya in 2015. He had held a bilateral with Erdogan in Osaka, on the sidelines of the G20 in June this year.

The Turkish leader had paid a two-day visit to India in July 2018.

However, Erdogan's strong backing of Pakistan's position on Kashmir and alleging widespread human rights violations by India during his speech at the UN General Assembly last month has not gone down well with India.

In his speech, Erdogan had raised the issue of UN resolutions on Kashmir and alleged that "eight million people are stuck" in Kashmir due to revocation of special status. He had criticised the international community for failing to pay attention to the Kashmir issue.

India had slammed the statement, with the MEA spokesperson Raveesh Kumar asking Turkey "to get a proper understanding of the situation on the ground" before making statements on the Kashmir issue which is "completely internal to India".

At the end of September, at an event in Turkey to mark the building of a warship for Pakistan, Erdogan said he will continue to flag the Kashmir issue on the world stage.

At the event, attended by the Pakistan Navy Commander Admiral Zafar Mahmood Abbasi, Erdogan likened the situation of Kashmir to Palestine.

Erdogan, who has been cosying up to Pakistan, had co-chaired a roundtable on hate speech on the sidelines of the UNGA with Prime Minister Imran Khan. In his speech, Erdogan had said in India Muslims were "lynched for eating beef".

India is known to have cancelled an order for two naval ships it had inked with Turkey, in retaliation of Erdogan`s Kashmir comments.

At the Financial Action Task Force meeting too, Turkey and Malaysia, along with China, have openly backed Pakistan, which was invaluable in getting Islamabad a lifeline of four months till February 2020 to "eliminate" money laundering and terrorist financing. Their move came despite the Asia Pacific Group, sub-group having recommended a downgrade for Pakistan for having fallen miserably short in its measures to curb money laundering and terrorist financing.

"The statement on Kashmir that Erdogan made in the UN General assembly was a surprise," said Professor AK Pasha, Associate Dean, School of International Studies at the JNU.

"For the past 30 years, during almost all the presidential and other visits from both countries, both sides had agreed that Kashmir will be resolved bilaterally through the Shimla Agreement. But now Erdogan has raised the UN resolutions, which has come as a surprise," Pasha said.

India had also thought that Turkey had ceded "hyphenated ties" between India and Pakistan. "But now it appears they are slowly reviving the military ties with Pakistan, which is a matter of concern," he added.