Congress leader Shashi Tharoor has said that it has no differences with the central government on its stand on Pakistan-occupied-Kashmir (PoK), however, he has issues with the way government revoked Article 370 in the former state of Jammu and Kashmir. 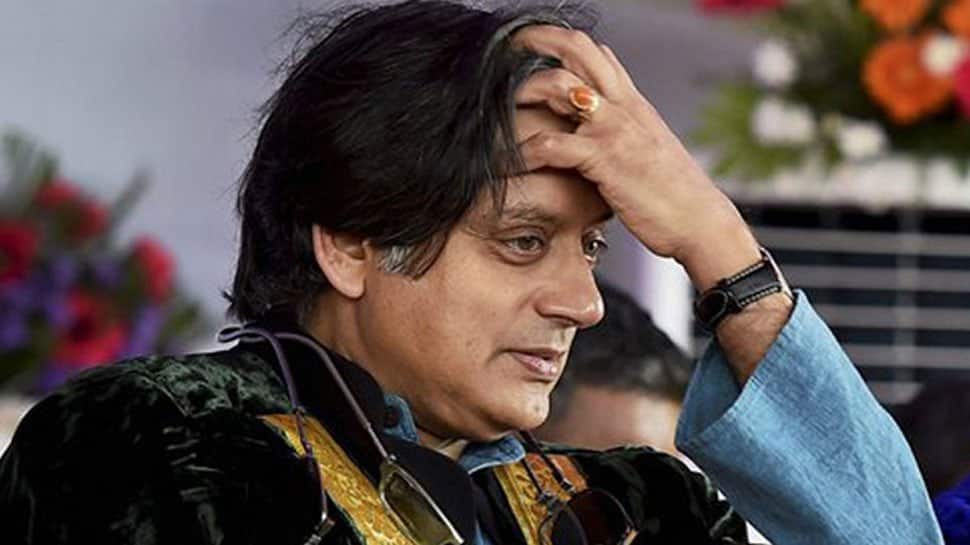 Jaipur: Congress leader Shashi Tharoor has said that it has no differences with the central government on its stand on Pakistan-occupied-Kashmir (PoK), however, he has issues with the way government revoked Article 370 in the former state of Jammu and Kashmir.

Speaking at an event 'India in Crisis' -- organised by the All India Professional Congress in Jaipur on Thursday, Tharoor said that Pakistan has no right over PoK and it has given a territory to China which does not belong to it. Tharoor stated that it supports the government's stand externally, but he had internal differences with the government as an Opposition member.

Saying that Supreme Court will decide if the Centre violated the Consitution by not taking the consent of the state and the legislature in Srinagar, Tharoor added that fast-tracking the decision to revoke Article 370 by getting the Governor onboard was an attack on the spirit on the democracy.

"I think, they have completely violated the Constitution by denying rights to the people, freedom of speech, cutting off phone lines, putting political leaders under house arrest, and implying PSA on leaders like Farooq Abdullah," Tharoor said at the event.

Talking about the Balakot airstrikes, Tharoor claimed that various international reports had alleged that no terrorist was killed in the attack IAF personnel on a terror camp on February 26.

"Various international media have published pictures as a proof that no terrorist was killed in the Balakot airstrikes. The proofs that they have is not available with our government. If the government says that the strikes were effective and terrorists were killed then they should have shown some proofs," the Congress leader said.

Tharoor said that whatever happened, but a message was sent that our airplanes entered into "Pakistan's air space and hit a target". "I believe that it was a big message and it was shown that we will not sit quiet and we will act...," Tharoor said.