Ahead of Amarnath Yatra, specific alerts issued on JeM's plan to target pilgrims

Jaish-e-Mohammad terrorists are likely to target Amarnath pilgrims travelling through the Baltal route. 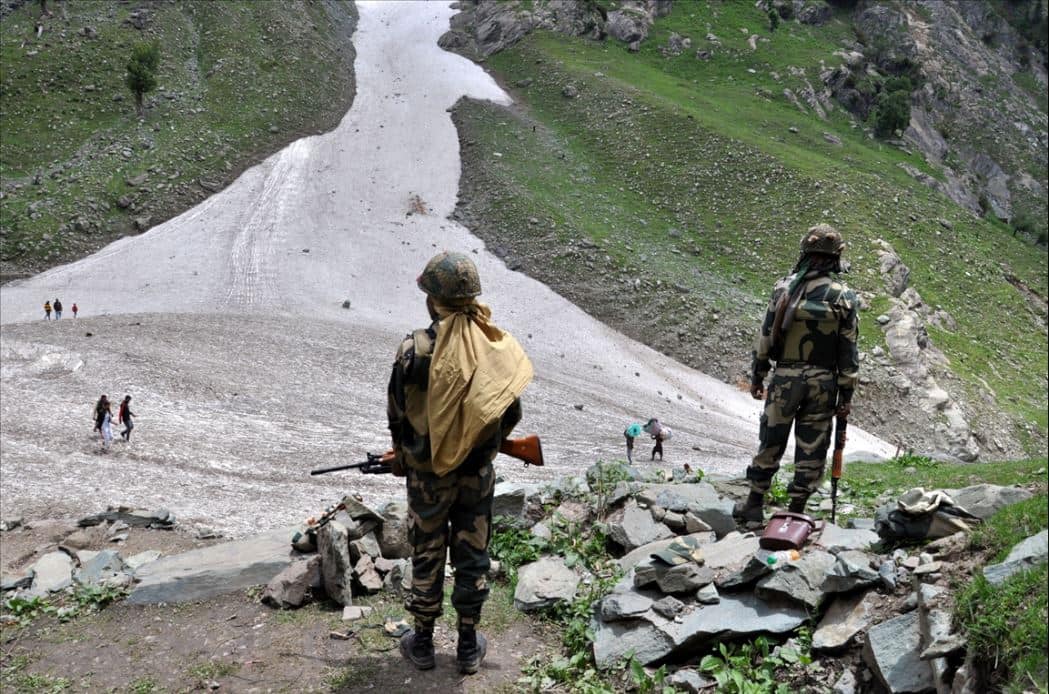 Amid the ongoing security preparations for a safe Amarnath Yatra, sources in the intelligence agencies have confirmed that a specific alert has been issued by the multi-agency centre. As per the latest information available with the agencies, terrorists are hiding in the mountain regions of Ganderbal and Kangan in Jammu and Kashmir.

The sources told Zee News that the terrorists, affiliated to Pakistan-based terror outfit Jaish-e-Mohammad (JeM), are likely to target Amarnath pilgrims travelling through the Baltal route.

While the latest warning in more specific in nature, terror threat has been looming over the Amarnath Yatra, which is slated to begin on July 1. Intelligence agencies have already warned of the possibility of a terror attack targeting pilgrims.

Taking the intelligence inputs seriously, the authorities have also already scaled up the security in the area. Sources had earlier told Zee News that the pilgrims would be issued a barcode-enabled authority slip, which would help in keeping a track of their movement to and from the cave shrine.

Paramilitary forces, including the Central Reserve Police Force (CRPF), have also been asked to maintain extra vigil to ensure security of the pilgrims. An enhanced number of upgraded RFID (radio-frequency identification) tags will be used on vehicles that will transport pilgrims and other civilians to and from the Amarnath Yatra.

Union Home Minister Amit Shah, who was on a two-day visit to Jammu and Kashmir on Wednesday and Thursday, also held a high-level security meeting to ascertain the security arrangements for the Amarnath Yatra. He ordered all security agencies to remain on high alert, and ensure all precautionary steps to prevent any attack during the yatra.

Referring to the standard operating procedure, the Home Minister said while barricades should be erected after cut-off time at suitable locations, differentiation should be made by security officials between pilgrims and tourists.