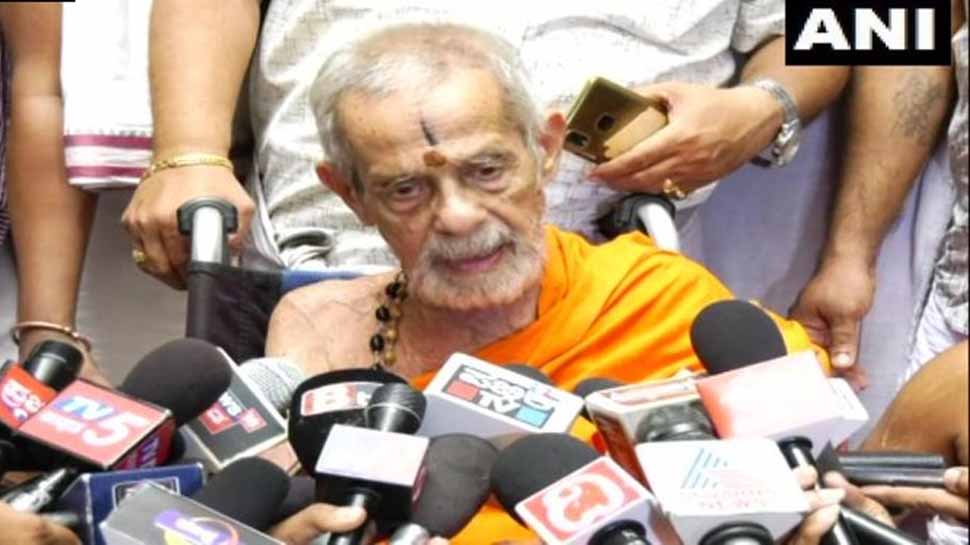 Notably, Vishwesha Teertha Swami was admitted in the Intensive Care Unit at the Kasturba Hospital in Manipal on December 20 after he complained of shortness of breath. The doctors had claimed that he had been suffering from pneumonia.

The condition of the 88-year old seer has not improved since then. He remains in an unconscious state and is currently on life support systems. The tests conducted by the hospital has shown a severe brain dysfunction.

“The condition of Shri Vishwesha Theertha Swameeji is very critical and there is further decline in his health status. He remains unconscious and continues to be on life support. Tests have shown severe brain dysfunction,” medical superintendent of Kasturba Hospital, Manipal, said in a health bulletin.

Karnataka Chief Minister B S Yediyurappa also went to the hospital to meet the ailing seer. Speaking to media after visiting the seer, Yediyurappa said, “Pejawar seer’s health is deteriorating every second, doctors are putting in all their efforts, their efforts are continuing. There is no improvement is what doctors are saying. We have left everything to Lord Krishna." It is learnt that the Karnataka chief minister will stay in Udupi on Sunday (December 29) too.