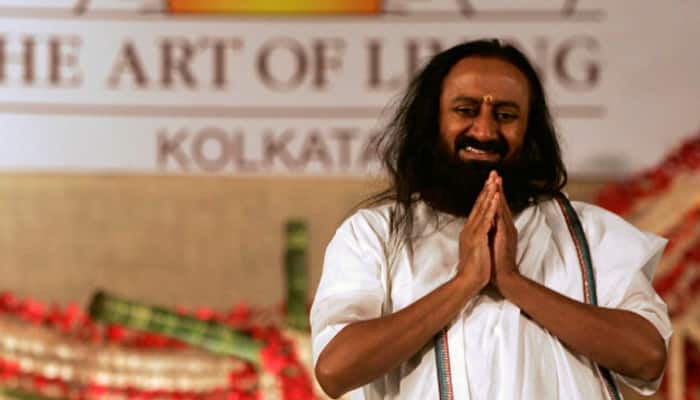 Ravi Shankar has been trying to broker a solution to the Ayodhya issue. (File picture)
Share:
Written By:

LUCKNOW: An AIMIM leader has filed a complaint against Art of Living founder 'Sri Sri' Ravi Shankar over his comment that a delay in resolving the Ram Janmabhoomi - Babri Masjid logjam would make India like Syria.

Ravi Shankar has drawn flak from across the political spectrum for saying in a television interview that delays in resolving the Ram Janmabhoomi conflict could lead to violence that would create a Syria-like situation in India.

"If court rules against a temple, there will be bloodshed. Do you think the Hindu majority will allow it? They will garner resentment towards the Muslim community," Ravi Shankar had said.

These comments had been met with intense criticism from AIMIM leader Asaduddin Owaisi as well as from the Shiv Sena.

"This is nothing but a threat against us… After his open threat of infighting people saying that if the issue is not decided in favour of X group, then India would become like Syria, I think the Supreme Court should not hear this matter till the next Lok Sabha elections because politics is being done over it," Owaisi said on Tuesday. He also alleged that Ravi Shankar had intentionally made the comment ahead of the Supreme Court hearing on the matter, which is set to happen on March 14.

The Shiv Sena too had come down hard on Ravi Shankar's remarks, and said he should stay away from the Ayodhya issue. "In the Ayodhya matter, gurumaharaj has issued a threat. He has tried to create panic by predicting the future. He has given license to chaos by attaching ISIS to the Ram Mandir issue. This must be investigated. Such statements do not suit a spiritual guide," read an editorial in party mouthpiece Saamana.

Ravi Shankar had responded to the criticism, saying his remarks were not a threat but a 'word of caution'.

The AOL chief has trying to broker a settlement in the Ayodhya dispute, and has said the issue cannot be resolved by the Supreme Court. To this end, he has met with leaders from the Muslim community.