At least five airports across India, including Kozhikode, have tabletop runways. 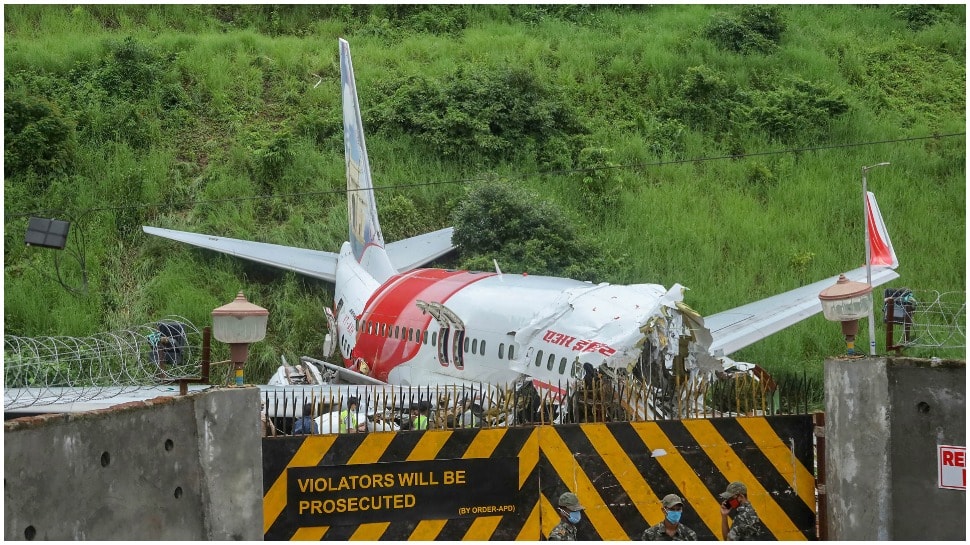 Photo: PTI (Remains of Air India Express flight, en route from Dubai, after it skidded off the runway while landing at Kozhikode airport on August 7)
Share:
Edited By:

New Delhi: The Air Indian Express plane crash on the runway of the Kozhikode airport (Kerala) on August 7 has now raised questions over the landings on the tabletop runways.

The tabletop runways are known for their extreme challenges for the pilots due to their construction on elevated terrains.

These runways that mostly have a little space for last-minute manoeuvre have witnessed two Air India Express planes crash landing in little over a decade.

Notably, at least five airports across India, including Kozhikode, have tabletop runways.

The Airports Authority of India (AAI) Chairman Arvind Singh told PTI news agency that there are four tabletop runways that are operated by AAI.

These are at Kozhikode, Mangalore (Karnakata), Shimla (Himachal Pradesh) and Pakyong (Sikkim).

On the other hand, the Lengpui airport in Mizoram also has a tabletop runaway and is operated by the state government.

The State-owned AAI operates 137 aerodromes, including the ones through joint ventures.

A senior Air India pilot said that automation might not help in the case of tabletop runways. There is also the issue of optical illusion, where the runway might seem to be nearer whereas it would actually be further away, he added.

The pilot also stressed that there is not much buffer zone, unlike normal runways.

There are tabletop runways in different parts of the world and only when the runway length is less, there could be issues with the landing of aircraft.

In the case of Kozhikode airport, the runway is about 9,000 feet which is quite long, according to a senior regulatory official.

According to the official, pilots are generally told about such runways and various restrictions.

In the Court of Inquiry report about the plane crash at Mangalore airport in May 2010, it was mentioned that there were three tabletop airports in the country from where scheduled flights operate at Mangalore, Kozhikode and Lengpui.

"Because of the undulating terrain and constraints of space, these airfields require extra skill and caution while carrying out flight operations. The hazard of undershooting and overshooting, in particular, can lead to grave situations, as was the case in this accident," the report had said.

It had also said that tabletop runways have a problem of access roads around the airfield, which may need to be used in case of aircraft accidents.

Citing ICAO data, the report had also said that most of the accidents occur during landing and take-off phases, with a large number of runway excursions and aircraft overrunning into the overshoot area.

"Considering the large momentum of these aircraft, a downward slope in the overrun area can worsen the outcome. It is therefore recommended that such downward slopes as obtaining in Mangalore be brought to the same level of the runway surface.

"This also needs to be ensured at all tabletop airports in the country," the report had said.

Regarding the Air India Express plane crash on Friday, the AAI said it had touched down around 1,000 metres from the beginning of the runway at the Kozhikode airport before breaking up into two pieces.

The Boeing 737-800 aircraft while landing overshot the runway and went down 35 feet into a slope before breaking up into two pieces. The pilot of the flight -- IX-1344 -- could not sight the runway in the first landing attempt due to heavy rains.

An AAI spokesperson said that runway 28 was in use and in the first landing attempt the pilot could not sight the runway and requested for runway 10.

The pilot then steered the plane to runway 10 and came from the other side, according to an AAI official.

Citing information from the Air Traffic Controller (ATC), the spokesperson said the aircraft touched down near taxiway 'C', which is approximately 1,000 metres from the beginning of runway 10. The total length of the runway is 2,700 metres.

The spokesperson also said that it was raining over the airfield and reported visibility at the time of landing was 2,000 metres.