Air India system restored after global server shutdown; flights to be delayed during the day

Thousands of passengers were stranded in airports worldwide. 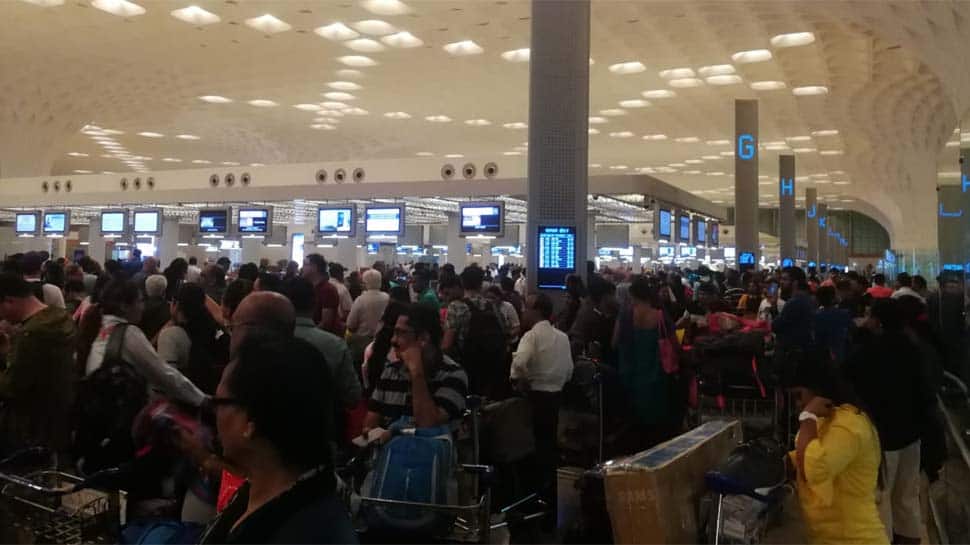 NEW DELHI: Operations of several Air India flights were affected across the globe after the airline's internal server crashed in the wee hours of Saturday. Thousands of passengers were stranded in Delhi, Mumbai and other airports worldwide. The internal server has now been restored, however, flight operations will witness a delay throughout the day, said the airlines.

"Between 3:30 to 4:30 am today, passenger services system of Air India that is run by SITA was taken for maintenance after that it remained down till 8:45 am, it has just come back. System restored. During the day we will see consequential delays," Chairman and Managing Director of Air India Ashwani Lohani told news agency ANI.

The airline's internal server SITA went down at around 3:30 am, following which the airlines failed to issue boarding passes.

Air India flights affected as airline's SITA server is down all over India & overseas since 3:30 am. More details awaited. #Visuals from Indira Gandhi International Airport in Delhi pic.twitter.com/Wl2hElACUU

Several commuters took Twitter to complain about the delayed flights and chaos at the airports.

Filmmaker Vivek Ranjan Agnihotri wrote, "Air India server crashed since 3.30AM. All flights cancelled. Thousands of passengers stranded at the airport. Nobody knows what is happening. Don’t go to the airport without confirming. I am also going back after spending couple of hours." 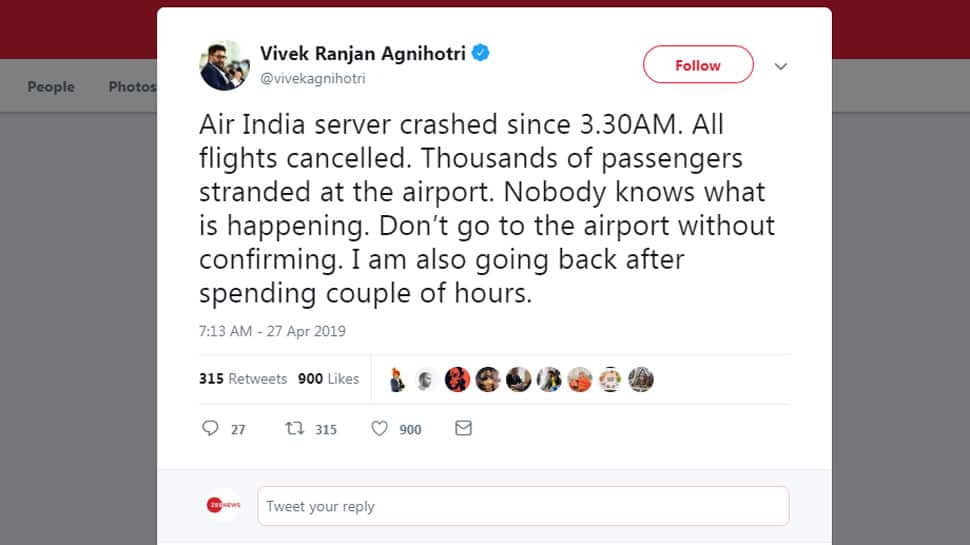 Another passenger tweeted videos from Mumbai's Chhatrapati Shivaji International Airport and said that at least 2000 people are stranded.

Atleast 2000 people in Mumbai airport waiting because of the SITA software shutdown all over India. pic.twitter.com/TzYYFLE5vz

Passengers from Sydney also reported being unable to check in for their flights for more than four hours.

#FlyAI: Due to a breakdown in our server system some of our flights are getting affected all over the world. Work is on in full swing to restore the system. We sincerely regret inconvenience caused to passengers.

"SITA server is down. Due to which flight operation is affected. Our technical teams are on work and soon system may be recovered. Inconvenience is deeply regretted," Air India later tweeted.

Air India's software solution is managed by SITA, a global airlines IT services major, which provides its check-in, boarding and baggage tracking technology.

In Delhi's Indira Gandhi International Airport, nearly 50 flights take-off by noon daily. Operations of all these flights have been affected due to the techincal glitch.

On June 23, 2018, Air India faced a similar technical glitch in the check-in software leading to a delay of 25 flights across India.

UP Board Results 2019: Uttar Pradesh board to declare Class 12, 10 results at 12:30 pm at upmsp.edu.in, upresults.nic.in, examresults.net