Ajit Jogi: From bureaucrat to politician and Chhattisgarh's first CM

After quitting the Congress party in 2016, Ajit Jogi formed Janata Congress Chhattisgarh (J) and played a crucial role in the state politics. 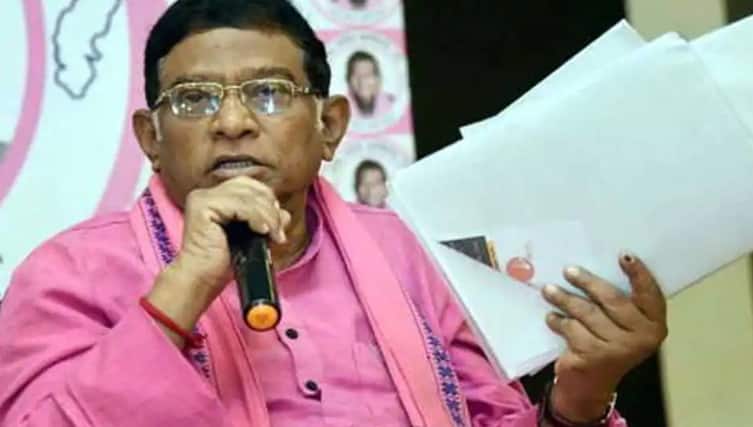 New Delhi: Ajit Jogi, the first chief minister of Chhattisgarh, died on Friday (May 29). 74-year-old Jogi, who suffering from Hypoxia, was undergoing treatment at Shree Narayan hospital in Raipur since suffering a cardiac arrest at his home on May 9. Jogi has left behind his spouse, Renu Jogi and his 42-year old son, Amit Jogi.

Ajit Jogi had served as the first chief minister of Chhattisgarh from November 2000 to November 2003 in the then Congress government after the state came into existence. The bureaucrat-turned politician, however, parted ways with the Congress in 2016 after he along with his son got embroiled in a controversy over a by-election.

Born on April 29, 1946, in Bilaspur, Ajit Jogi started his political career with the All India Congress Committee (AICC) in 1986 and became the member for the welfare of scheduled castes and scheduled tribes.

Jogi's political career grew in the late '80s and served as the Rajya Sabha member from 1986 to 1998. He was also a member of committees on public undertakings, industries, and railways.

In 1989 and 1995, Jogi was Congress' central observer for the Lok Sabha elections in Manipur and Sikkim Assembly elections, respectively.

Jogi's role in Congress rose further in 1996 after he was appointed as a member of the core group of AICC's Lok Sabha elections. He was then elected as the Lok Sabha MP from Raigarh (Chhattisgarh) in 1998.

In 2000, when the Chhattisgarh was carved out of Madhya Pradesh, Ajit Jogi became its first Chief Minister. Jogi was succeeded by BJP's Raman Singh who served as the CM for 15 years from December 2003 to December 2018.

From 2004-08, Ajit Jogi remained the Lok Sabha MP from Mahasamund. During the campaign for the 2004 Lok Sabha elections, Jogi was injured in a car accident which left him partially paralysed but won the seat by nearly 1.2 lakh votes.

In 2008, he got elected from the Marwahi Assembly constituency to extend his role in Chhattisgarh politics.

Ajit Jogi's political innings were also marred with controversies. He along with Amit Jogi was arrested in 2007 in connection with the murder of NCP treasurer Ram Avtar Jaggi, who was found dead in 2003. After five years of investigation, the Central Bureau of Investigation (CBI) stated that Jogi could not be prosecuted under any law.

In August 2019, a high-level judicial committee had dismissed Jogi's claim of belonging to a Scheduled Tribe (ST) and canceled his caste certificates. He was booked under Indian Penal Code (IPC) sections 420 (cheating), 467 (forgery of valuable security), 468 (forgery for purpose of cheating) and 471 (using as genuine a forged document or electronic record).

As a bureaucrat, he had served in the Indian Police Service and the Indian Administrative Service. Jogi was convinced by the then Prime Minister Rajiv Gandhi to quit the services and join the Congress. Jogi had a long association with the Nehru-Gandhi family, but he is understood to have never enjoyed better relations with Rahul Gandhi.