Ajit Pawar was blackmailed, will prove this in Saamana: Sanjay Raut

Shiv Sena MP Sanjay Raut on Saturday warned that NCP's Ajit Pawar was being blackmailed and pressurised to extend support for forming government in Maharashtra. 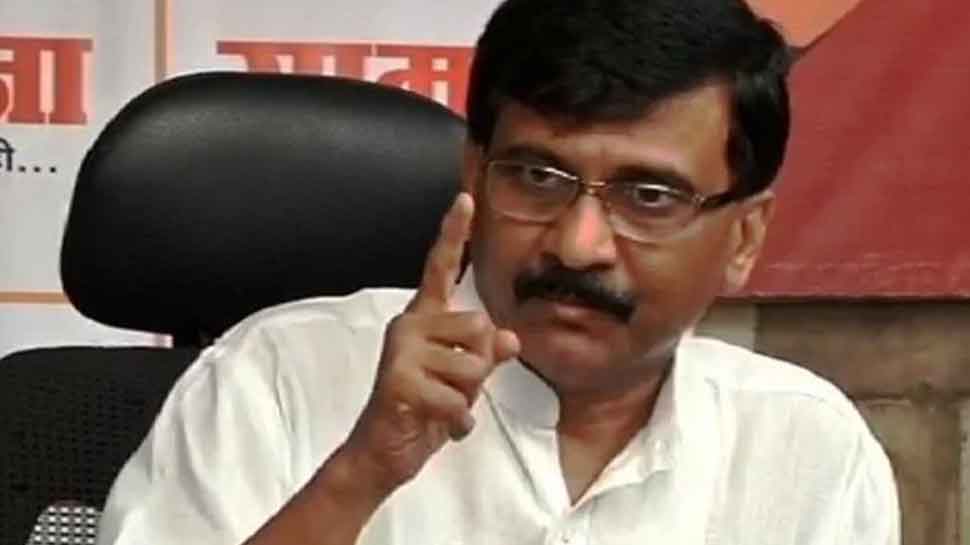 MUMBAI: Senior Shiv Sena leader Sanjay Raut on Saturday alleged that the NCP MLAs were cheated, kept in the dark and kidnapped by some in a hurry to form the government in Maharashtra.

''Of the 8 MLAs who had gone with Ajit Pawar, 5 of them have come back. They were lied to, put in a car, and sort of kidnapped. I dare those behind this to prove majority on the floor of the house,'' Raut said.

The Shiv Sena MP went on to say that it was quite possible that NCP chief Sharad Pawar's nephew Ajit Pawar, who took oath as Maharashtra Deputy CM this morning, was being blackmailed and pressurised.

''We are in touch with Dhananjay Munde (NCP) and there is a possibility of even Ajit Pawar coming back. Ajit has been blackmailed, it will be exposed who is behind this in party mouthpiece Saamana soon,'' he added.

Attacking the Maharashtra BJP chief Chandrakant Patil for making critical remarks against him, Raut said that he should think how to save his own party...they are acting like thieves and dacoits.

Earlier on Saturday, Raut made a blistering attack on NCP leader Ajit Pawar over his sudden decision to join hands with the BJP to form a coalition government in Maharashtra, without taking the approval of his party chief and mentor Sharad Pawar.

Speaking to reporters, Raut said, ''NCP chief Sharad Pawar has nothing to do with this, Ajit Pawar has backstabbed the people of Maharashtra.''

"We had an inkling of some such developments since Ajit Pawar never looked us in the eye in our series of meetings... Even Sharad Pawar had harboured some doubts when his nephew (Ajit Pawar) had suddenly quit his Assembly seat just before the October elections," Raut said.

Attacking Ajit Pawar further, Raut said, ''The people of Maharashtra will never forgive him. He will regret his decision of aligning with the BJP throughout his life.''

The Sena MP also slammed the BJP and the state's Governor for misusing power to form a government in the state by hook or crook.

"I came to know at 7 am today about Ajit Pawar. I did not know before that. I will hold a press conference today. Uddhav too will address the media. I will speak elaborately then," the NCP chief said, clarifying that it was not his decision.

''I do not endorse or support Ajit Pawar's decision to support BJP to form government in Maharashtra,'' the NCP supremo said.

''Ajit Pawar's decision to support the BJP to form the Maharashtra Government is his personal decision and not that of the Nationalist Congress Party (NCP). We place on record that we do not support or endorse this decision of his,'' the NCP chief had tweeted earlier.

In an overnight development, Bharatiya Janata Party (BJP) turned its tables on its rivals with a faction of Nationalist Congress Party (NCP) breaking away under Sharad Pawar's nephew Ajit Pawar and forming the government under the leader of Devendra Fadnavis in the wee hours of Saturday morning.

The development brought a major twist in the Maharashtra saga as a day earlier it was the senior Pawar who announced that the new Maharashtra government would be led by Shiv Sena chief Uddhav Thackeray.

Uddhav Thackeray warns BJP, says 'This is surgical strike on Maharashtra and people will avenge it'