Akhilesh said that the rape survivor had been provided security but not a single security personnel were present with her at the time of the accident. 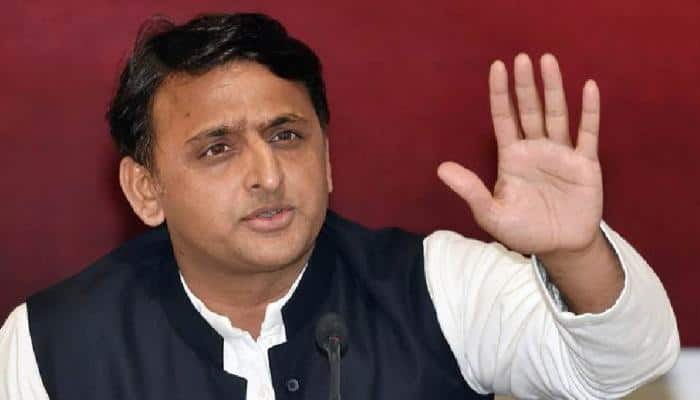 Samajwadi Party president Akhilesh Yadav has demanded an inquiry by the Central Bureau of Investigation (CBI) into the accident in which the Unnao rape survivor and her lawyer were critically injured and her two female relatives were killed.

Akhilesh said that the rape survivor had been provided security but not a single security personnel were present with her at the time of the accident.

A CBI inquiry was needed to probe whether it was a conspiracy to eliminate the family or just an accident, he said.

The Congress has also sought a Central Bureau of Investigation probe into the incident.

The court had ordered security cover to the rape survivor's family last year, there was no security guard accompanying the family.

The Unnao rape survivor and her lawyer, Mahendra Singh, were critically injured when a truck crashed into their car on National Highway-31 on Sunday evening.

Her aunt and another woman relative, who were in the car, were killed in the accident. They were returning from Rae Bareli prison after meeting the rape survivor's uncle, who is in jailed in a forgery case.

The sedan in which the four occupants were travelling was hit by a truck at Sultanpurkheda crossing.

The lawyer is battling for life with head injuries and multiple fractures in KGMU Trauma Centre, Lucknow.

The truck owner, Devendra Singh, and the driver, Ashish Pal, have been arrested.

The accident was so severe that the front portion of the car has been completely smashed. While two women relatives of the rape survivor died on the spot while the latter and her lawyer have been admitted to the Trauma Centre in Lucknow in a critical condition.

The rape case had shot into prominence when the survivor attempted self-immolation in front of the Chief Minister's residence on April 8, 2018, alleging that BJP MLA Kuldeep Singh Sengar had abducted and sexually assaulted her.

The following day, the survivor's father died in police custody, allegedly due to torture in prison.

The government transferred the case to CBI, which lodged three FIRs on April 13, and arrested Sengar and his 10 aides.

A subordinate of the Unnao rape survivor's lawyer, Vimal Kumar Yadav, said the survivor along with her kin returned from Delhi on Saturday without any security guards.

Relatives of the Unnao rape survivor and her lawyer claimed it was not a mere accident, but a conspiracy. Mahen Bahadur Singh, father of lawyer Mahendra Singh Chauhan said: "The nature of the accident is suspicious."

Inspector General of Police, Lucknow range, SK Bhagat, said that the matter would be investigated.