Samajwadi Party chief and former Uttar Pradesh Chief Minister Akhilesh Yadav on Sunday opposed the implementation of the National Register of Citizens (NRC) and also accused the government machinery of destroying the atmosphere of peace and harmony in the country. 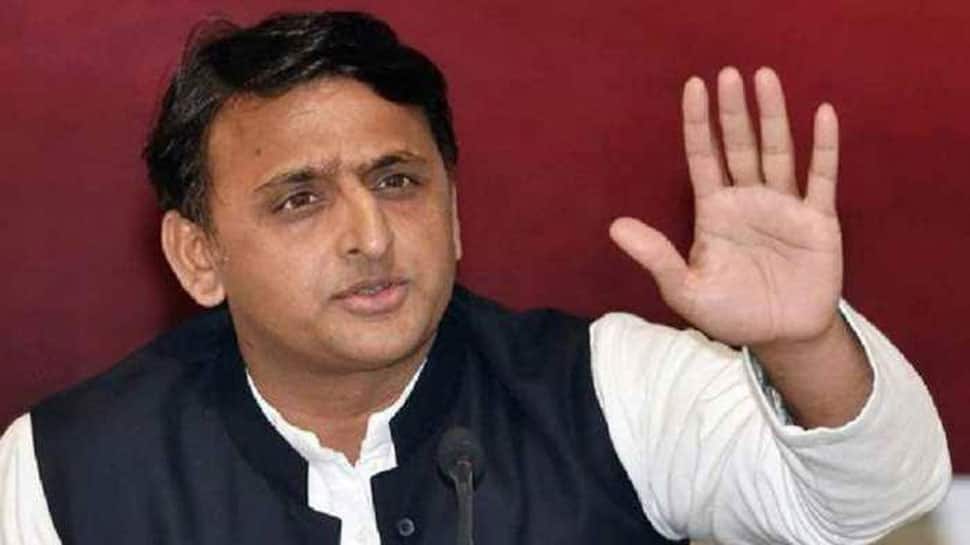 Lucknow: Samajwadi Party chief and former Uttar Pradesh Chief Minister Akhilesh Yadav on Sunday opposed the implementation of the National Register of Citizens (NRC) and also accused the government machinery of destroying the atmosphere of peace and harmony in the country.

"Earlier, this government forced the people to stand in long queues to withdraw the cash during the demonetisation. Now they want the citizens to stand in line for their rights due to the NRC," said Yadav, while addressing a press conference here.

Yadav also appealed to the masses to carry out protests peacefully and not to resort to violence during their agitations. The NRC, which has been developed with the aim of segregating Indian citizens from illegal migrants, was implemented in Assam.

Recently, the final list of NRC for Assam was published in which 19,06,657 persons were excluded including those who did not submit their claims. A majority of those excluded from the final NRC list are Hindus. During discussions on the Citizenship (Amendment) Bill, 2019, which has now become an Act, in Parliament, Union Home Minister Amit Shah had said that NRC would be brought in the country.

The Samajwadi Party leader also targeted the government over the slowing down of the economy. "The economy has collapsed. Today, women are not safe. Unemployment is on the rise. Farmers are in distress. Businesses have been slowed down. The BJP is cheating in the name of the economy. To divert the attention from these issues, the CAA was brought in," said Yadav.

The former UP Chief Minister also slammed the Uttar Pradesh government led by Yogi Adityanath for not allowing him to celebrate the anniversary of Chaudhary Charan Singh on December 23 because of Section 144.

"Is this Section 144 not applicable for the Prime Minister of the country? I appeal to my press colleagues to save the Constitution and save this country. You have also contributed in the past for the same," he said.