The notice also mentioned that a large number of "outsiders" including anti-social elements participated in the procession. 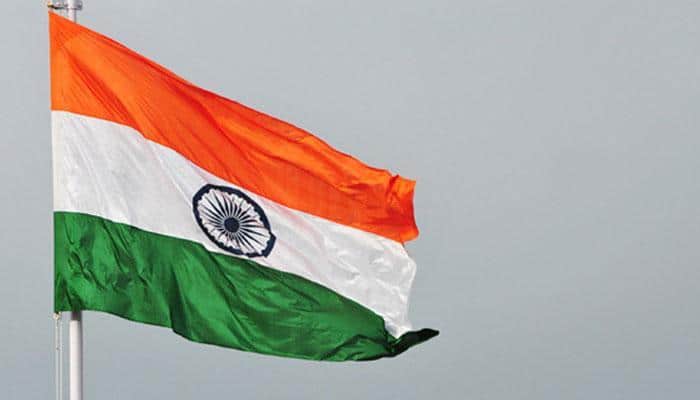 ALIGARH: BJP MP from Aligarh, Satish Gautam, on Friday lashed out at Aligarh Muslim University (AMU) authorities for issuing a show cause notice to an ABVP student leader for organsing a "tiranga yatra" on the campus. Gautam demanded that the AMU authorities must withdraw the "senseless" notice without any delay.

"This is a senseless step and should be withdrawn. Aligarh Muslim University officials seem to have lost their mental balance," Satish Gautam was quoted as saying by PTI.

A show cause notice was issued by AMU authorities to Akhil Bhartiya Vidyarthi Parishad's student leader Ajay Singh for holding an "unauthorised procession", called 'tiranga yatra' on the campus on January 22. It is to be noted that Singh is also the grandson of a local BJP MLA.

Gautam has also written a letter to Union HRD Minister Prakash Javadekar over this matter.

Proctor Mohsin Khan issued the notice, mentioning that the 'tiranga yatra' was held during teaching hours and some students were forced to leave their classes to attend the procession.

The notice also mentioned that many "outsiders" including anti-social elements participated in the procession.

Meanwhile, Singh defended himself that he had "not been informed" that his application seeking permission for "yatra" had been rejected. "How could I assume that I have not been given permission when I did not receive a response to my application," Singh said.

AMU spokesman Shafay Kidwai, however, told PTI that "whenever an unauthorised procession is held we issue such notices and take action for holding any public event. In any case, the show cause notice has been issued primarily for trying to disturb the campus peace by forcing students to leave classes. It also seeks to know how outside elements participated in this motorcycle rally."

"Holding a tiranga yatra for the unity and integrity of the country is a laudable step but holding a procession for deliberately stoking emotions is something else," he added.

UP CM Yogi Adityanath inaugurates Aqua Line Metro from Noida to Greater Noida: All you need to know