"Be it 13-point, 18-point, 21-point or 24-point, whatever the agenda is will be implemented. No point will be left out," said Punjab CM Charanjit Singh Channi. 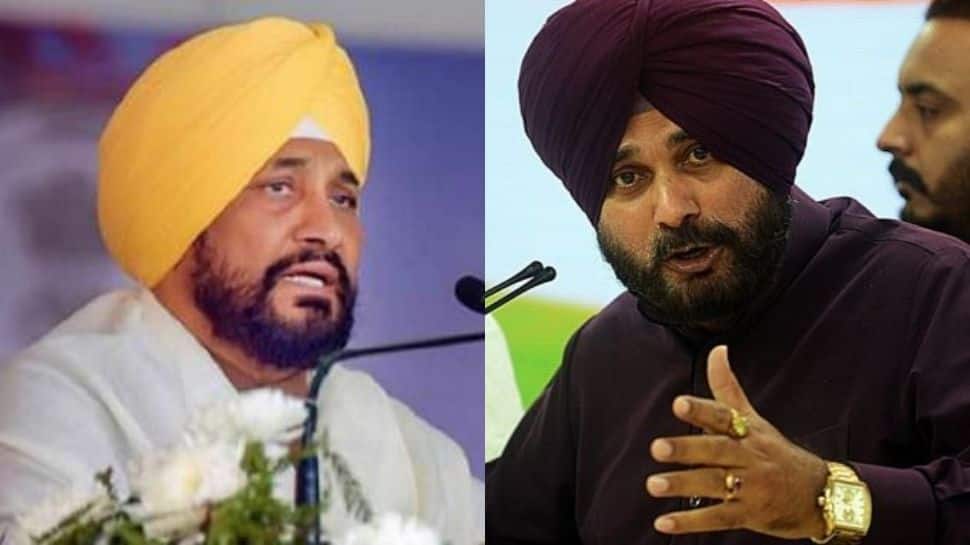 New Delhi: Punjab Chief Minister Charanjit Singh Channi on Monday (October 18, 2021), while referring to the Congress' Punjab unit chief Navjot Singh Sidhu’s letter to Sonia Gandhi flagging several issues in the party, said that all matters will be resolved and the party's agenda implemented in the state.

"It's alright he (Sidhu) raised the issues... We have to implement the party's ideology. The party is supreme. All issues will be resolved," he replied when asked about Sidhu's letter.

Additionally, Punjab CM also held a meeting with Sidhu in which minister Pargat Singh, who is considered close to Sidhu, was also present.

Sidhu has sought a meeting with party president Sonia Gandhi, flagging in a letter issues which the government "must deliver upon" and saying it is the poll-bound state's "last chance for resurrection and redemption".

Meanwhile, in the letter to the Congress president on October 15, a day after he had meetings with senior party leaders in Delhi, Sidhu pitched for a "Punjab Model with a 13-Point Agenda to be part of the Congress manifesto for the 2022 Assembly Elections".

Days after resigning as Punjab Congress chief, Sidhu had on October 15 said his concerns had been resolved and the party asserted that he would continue as the head of the state unit.

Sidhu reminded Sonia Gandhi of the party's 18-point agenda "given to the last chief minister" of Punjab and said that those were "equally relevant today".

He had raised several issues including justice in the 2015 sacrilege cases, arrest of "big fish" in drug racket, and scrapping power purchase pacts.

Sidhu's letter, which he put in the public domain by posting on Twitter, had indicated that he was still not satisfied with Chief Minister Charanjit Singh Channi-led government over its handling of key issues which he has been raising in the recent past.

Channi became the chief minister after the unceremonious exit of Congress veteran Amarinder Singh, who had been at loggerheads with Sidhu.