With water rushing under a wooden bridge from a steep elevation, several stones too came down at high speeds. ITBP personnel, however, ensured pilgrims were able cross to safety. 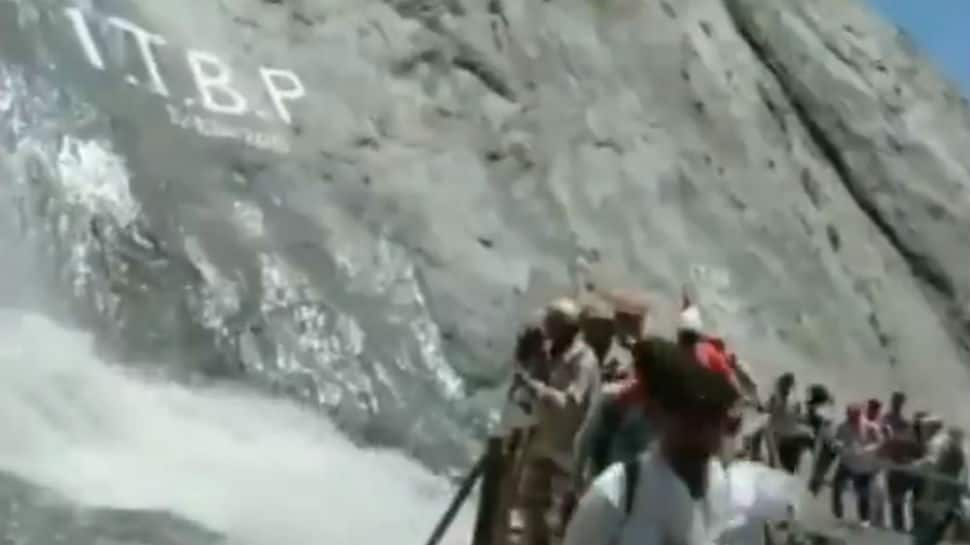 In yet another example of how they put duty before self, brave personnel of the Indo-Tibetan Police Force were recently seen forming a human chain at a point in Amarnath Yatra's Baltal route to shield pilgrims from stones falling due to rushing water.

ITBP personnel, along with those from Central Reserve Police Force (CRPF), J&K Police, Border Security Force (CRPF) and the Indian Army, have been deployed at various points on the twin routes to the ancient cave shrine. The 45-day journey is anything but easy with the terrain posing quite a big challenge, apart from security challenges. News agency ANI recently posted a video which showed how security personnel from ITBP put their bodies on the line to allow pilgrims to cross a precarious wooden bridge near Kali Mata point. With water rushing under the bridge from a steep elevation, several stones too came down at high speeds. With ITBP forming a human shield, however, the pilgrims managed to scurry across the bridge safely.

The contribution of security personnel in ensuring a successful Amarnath Yatra each year is enormous. This year, several new measures have been put into place, including use of drones, CCTVs and the development of a mobile app so that the passage of pilgrims can be tracked constantly and assistance provided in a swift manner if, when and where needed.