The district administration on Friday relaxed the curfew in Assam capital Guwahati and Dibrugarh till 1 pm. The decision was taken keeping in mind the inconvenience faced by people in the area. Army columns and paramilitary continued to carry out flag marches cross Guwahati to prevent any instances of violence in the city. 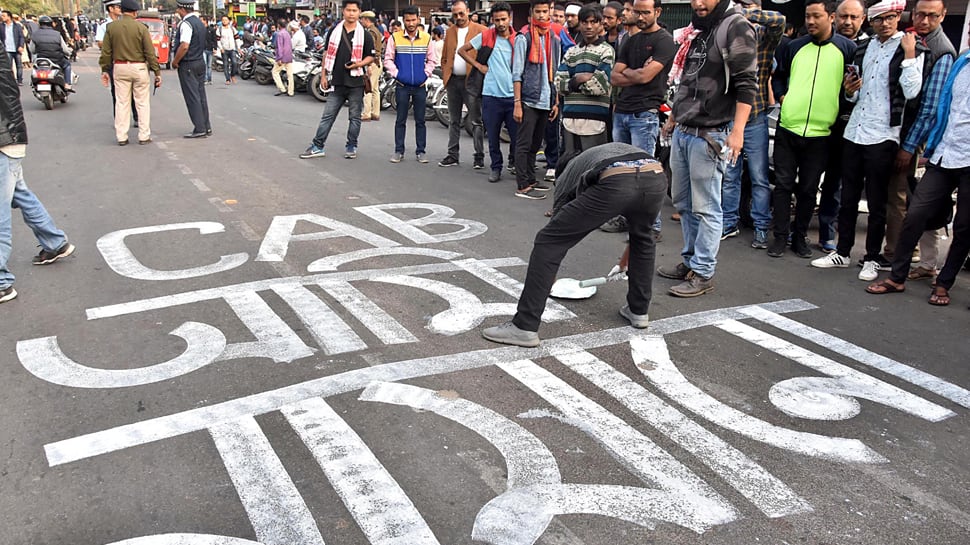 The protests against the Citizenship Act continued in the northeastern states on Friday which hit normal life as restrictions stayed in place. Due to the agitation, Union Home Minister Amit Shah had to cancel his visit to Meghalaya’s capital Shillong where he was scheduled to visit North-Eastern Police Academy (NEPA) on December 15 (Sunday).

The district administration on Friday relaxed the curfew in Assam capital Guwahati and Dibrugarh till 1 pm. The decision was taken keeping in mind the inconvenience faced by people in the area. Army columns and paramilitary continued to carry out flag marches cross Guwahati to prevent any instances of violence in the city. However, the internet services remain suspended in 10 districts--Lakhimpur, Tinsukia, Dhemaji, Dibrugarh, Charaideo, Sivasagar, Jorhat, Golaghat, Kamrup (metro) and Kamrup.

All schools and colleges have been closed till December 22, 2019. Four people have lost their lives due to the violence since Monday (December 9). The protests have severely affected the rail services in the state with the Indian Railways announcing the cancellation, partial cancellation, diversion and rescheduling of trains. The Chief Public Relations Officer, Deepak Kumar, announced the list of trains whose services have been affected.

Meanwhile, the All Assam Students Union (AASU) moved the Supreme Court challenging the Citizenship Amendment Act, stating that due to the continued influx of illegal immigrants in Assam, the Centre has failed to protect the rights of the indigenous people of the state, according to news agency IANS. The AUSU claimed the Act violates the obligations of the Centre under the United Nations Declaration on the Rights of Indigenous Peoples. The petition said the Act attempts to grant blanket exemptions from the provisions of law governing the grant of citizenship to a certain class of foreigners in India, who have entered or are staying in India without valid documents.

Notably, as many as 11 petitions have been filed in the Supreme Court so far against the Citizenship Act. Congress leader Jairam Ramesh has also approached the apex court to challenge the validity of Citizenship (Amendment) Act, 2019.

Several countries have also issued travel advisories to its citizens cautioning them from visiting those states. The travel advisories have been issued by the UK, France and Israel. The Israeli Foreign Ministry urged its citizens to refrain from going to Assam because of the violent riots that caused disruptions in flights and suspension of the internet. It further asked its citizens to minimize their stay in the rest of the northeast region including Manipur, Meghalaya, Mizoram, Nagaland, and Arunachal Pradesh. The Israeli citizens currently in Assam have been asked to follow the official guidelines of the local police and contact the Israeli embassy in New Delhi.

The UK asked its citizens to exercise caution if they are planning to travel to northeastern India, monitor the local media for the latest information, follow instructions of the local authorities and allow more time for travel. France also alerted its citizens recommending them to stay away from any gathering, to regularly follow the news and to respect the rules of the Indian authorities (curfew in particular).

Protests took place in Delhi too where thousands of Jamia University students, without the permission of the police, marched to Parliament in protest of the Act. Due to the lack of permission, the Delhi Police placed barricades to stop them. However, some of the students started pelting stones at the police who in turn had to lathi-charge and open tear gas at the students. Several students and cops were injured due to this.

The Citizenship Amendment Bill 2019, was passed in Rajya Sabha on Wednesday (December 11) with 125 votes in favour and 99 against it. Earlier the Bill was passed in Lok Sabha with a thumping majority on December 9. On Thursday, President Ram Nath Kovind gave his assent to the Citizenship (Amendment) Bill 2019 that has now become an Act. The law comes into effect after its publication in the official gazette late on Thursday night, according to official notification.