Citizenship by naturalisation provides that any person of full age and capacity on fulfilling the residency requirement of 12 years is eligible for grant of a certificate of naturalisation. 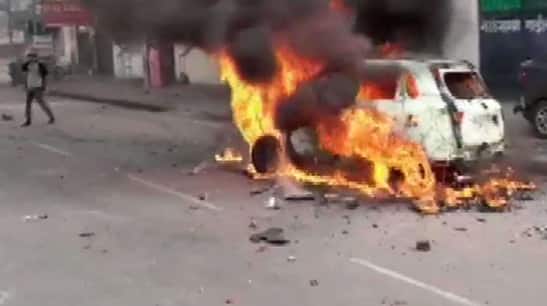 New Delhi: Amid the raging protests across the country, including scores of violent incidents, against the Citizenship Amendment Act, the Union Home Ministry on Friday released the five clauses under the Citizenship Act to acquire Indian citizenship.

According to the Citizenship Act, 1955, under the first clause, citizenship by birth under Article 5 of the Constitution provides that any person who was domiciled in India on January 26, 1950 or who was born in the territory of India is a citizen of India, the notification said.

Anyone "either of whose parents was born in the territory of India, or any person born in India on or after January 26, 1950, but before July 1, 1987 is a citizen of India by birth," said the government`s notification.

For persons born after December 3, 2004, the notification said: "Both whose parents are citizens of India or one of them isn`t an illegal immigrant at the time of his birth and the other is a citizen of India shall also be a citizen of India by birth."

The criteria for citizenship by registration states that a person of Indian origin who is ordinarily resident in India for seven years before making an application for registration is eligible to be registered as a citizen of India.

Citizenship by naturalisation provides that any person of full age and capacity on fulfilling the residency requirement of 12 years is eligible for grant of a certificate of naturalisation.

Finally, the provision for citizenship by incorporation of territory says, "if any new territory becomes part of India, the government shall specify the persons who among the people of the territory shall be the citizen of India. Such persons become the citizen of India from the notified date. This happened in the case of Goa, Daman & Diu, Sikkim and many Bangladeshi enclaves which became part of India in 2014."