The development came hours after Khadse on Tuesday met Maharashtra Chief Minister Uddhav Thackeray. He had also earlier said that he has evidence against party cadres who have worked against the BJP during the election. He had said that these are the leaders, who were responsible for the defeat of party candidates in the recent assembly polls. 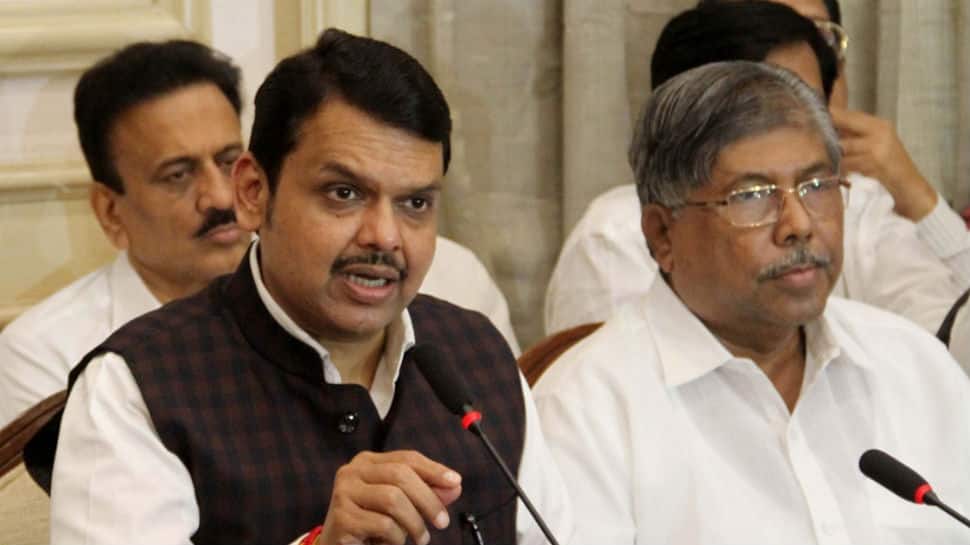 New Delhi: Bharatiya Janata Party (BJP) leaders Eknath Khadse and Pankaja Munde skipped a late-night core meeting of BJP members to discuss the post-poll scenario in Maharashtra on Tuesday amid rumours of dissent within the party. The development came hours after Khadse on Tuesday met Maharashtra Chief Minister Uddhav Thackeray. He had also earlier said that he has evidence against party cadres who have worked against the BJP during the election. He had said that these are the leaders, who were responsible for the defeat of party candidates in the recent assembly polls.

Speaking to reporters after the meeting, party leader Sudhir Mungantiwar clarified that both Khadse and Munde are important leaders of the BJP and are not quitting the party.

He said that Khadse has written to the party claiming that some workers are responsible for his daughter Rohini Khadse's defeat in the election and based on his statement, an enquiry is going on to punish the ones responsible for it.

Post his meeting with Thackeray, Khadse had said, "I am not going to join Shiv Sena... I am not upset with BJP, I am just upset with two-three leaders of the BJP."

Of Munde's absence from the meeting, Mungantiwar claimed the former Maharashtra minister had sought permission to not be a part of it as she is busy with the preparations of an upcoming rally. He clarified that Pankaja Munde had skipped the day's meeting after taking permission from the state party chief.

"Pankaja Munde did not attend today`s meeting with the permission of the state party president," he said.

Munde is to address a rally in Beed on December 12 on the birth anniversary of her father Gopinath Munde.

There were rumours circulating in media claiming that Munde is planning to leave BJP. She had removed the party's name from her Twitter bio.

Refuting the rumours that she was planning to leave the party, Munde, said, "My Facebook post was a call to my supporters for the upcoming birth anniversary of my late father. Some media reports then suggested that I was planning to leave the party which has caused me much grief. I will say nothing more than that, I will talk to my supporters on December 12."

She further said that she had been a dedicated member of the party and wanted to find out who was behind these rumours.

Munde was defeated by her cousin and Nationalist Congress Party (NCP) leader Dhananjay Munde from Parli.

Meanwhile, elaborating further on Tuesday's meeting, Mungantiwar said that BJP has decided to support the present NCP-Congress-Shiv Sena government in Maharashtra till the time they do good work. The party also chalked out strategies to how to register landslide victory in the next election.

The BJP also questioned the Thackeray government on stopping some of the development projects in the state, and said that when Sena was a part of the former government, they never opposed to them.