According to Delhi Police, all the accused were reportedly acquainted with the victim. Opposition parties had been targeting Home Minister Amit Shah over the incident, questioning the law and order situation in the national capital. 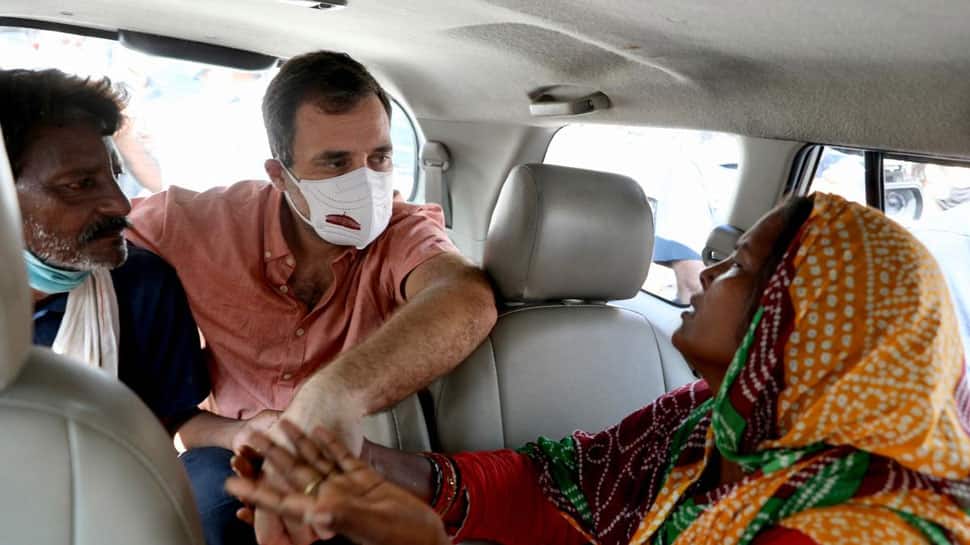 NEW DELHI: Congress leader Rahul Gandhi on Wednesday met the family of the 9-year-old girl who was allegedly raped and murdered in Delhi.

Delhi: Congress leader Rahul Gandhi meets the family of the minor girl who was allegedly raped, murdered, and cremated without her parents' consent in Old Nangal crematorium recently. pic.twitter.com/0IqN0M7SQz

"It is my job to help them," Rahul Gandhi said as he met the girl's parents. Later, in a tweet in Hindi, the former Congress chief said, "Her parents' tears are saying only one thing - their daughter, the daughter of this country, deserves justice. And I am with them on this path to justice."

The minor girl was cremated without her parents' consent in Old Nangal crematorium recently. Delhi Police has arrested a priest and three employees of a crematorium in Southwest Delhi in connection with the girl’s mysterious deth circumstances.

The shameful incident has triggered protests in the national capital. The accused arrested by Delhi Police have been identified as Radhey Shyam, the priest at the crematorium, and Kuldeep Kumar (63), Laxmi Narain (48) and Mohd Salim (49).

According to Delhi Police, all the accused were reportedly acquainted with the victim. Opposition parties had been targeting Home Minister Amit Shah over the incident, questioning the law and order situation in the national capital.

The Delhi Commission for Women launched an inquiry into the incident and summoned the city police after the girl's parents alleged that she was raped and her body was forcibly cremated by a crematorium priest who had falsely claimed that she was electrocuted.

"What was my daughter's fault? How will I live without her?" the mother of the girl wailed as hundreds of locals, including the victim's parents, staged a protest for the second day near the site of the incident in Old Nangal area in southwest Delhi, demanding capital punishment for the accused.

Bhim Army chief Chandra Shekhar Azad also joined the protest and demanded justice for the child. "My daughter went to get cold water from crematorium ground when the incident happened. The priest showed me her body for a very brief interval of time. My daughter's lips were blue. The priest cremated my child without our consent," the girl's mother alleged.

Police had on Monday said that based on the statement of the victim's mother, rape charges have been added in the FIR. Four people, including the priest, have been arrested.

On Tuesday, the Delhi Police appealed to people not to believe in rumours and said that strict legal action has been taken under IPC, SC/ST Act and POCSO Act.