Allaying opposition's apprehensions on misuse of NIA and other security agencies, Home Minister Amit Shah quoted PM Narendra Modi and said that the Central governmment is governed by the rule of law. 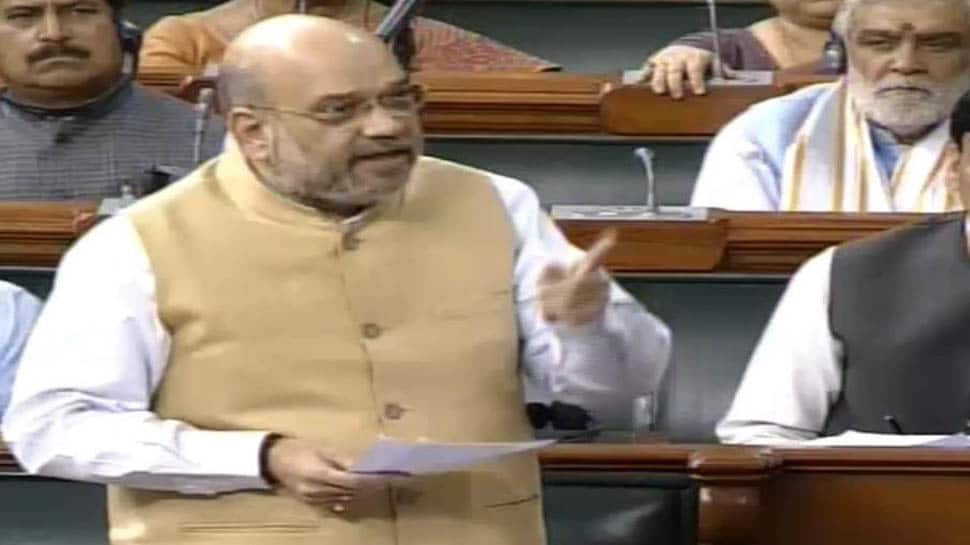 Union Minister for Home Affairs Amit Shah on Monday said that the National Investigation Agency (NIA) needs the power to investigate the terror acts related to Indians and Indian interests abroad. Shah made the statement while replying to the debate on the NIA (Amendment) Bill, 2019 to give powers to give more teeth to NIA.

Shah said in Lok Sabha during the debate that cases under NIA have been expedited and 90%of the cases have reached conclusion. He stressed that NIA is doing an excellent job in controlling terrorism and a strong NIA is needed to wipe out terrorism from the country.

Allaying opposition's apprehensions on misuse of NIA and other security agencies, Shah quoted Prime Minister Narendra Modi and said that the BJP-led government at the Centre is governed by the rule of law and all investigative agencies follow the procedure established by law. He reassured the House that NIA would not be misused by the government.

Reiterating PM Modi's policy of 'zero tolerance' against terrorism, the Home Minister said that "terrorism is terrorism, it's neither right nor left."
Shah asserted that perpetrators of terrorist acts need to be punished and will be punished.

"We care for the widows of our martyred soldiers, we care for their sacrifices. Thus, it is important to give more powers to NIA to investigate terror-related crimes abroad and bring justice to these widows," Shah said.

Replying to issues raised by opposition leaders that Pakistan has not signed the SAARC agreement to tackle terrorism, which will make the NIA less effective in tracking terror cases emanating from Pakistan, Shah replied saying that India cannot hold the NIA Bill hostage to Pakistan's decision to not sign the SAARC pact. Shah added that Pakistan will have to sign the pact under international pressure in future. He said that till Pakistan doesn't sign the pact, there are many other ways to tackle terrorism emanating from Pakistan.

While taking part in the debate on the bill, Minister of State for Home Affairs, GK Reddy, reinforced government's commitment to maintaining the federal structure of the governance and said that state police teams and other agencies would work in coordination with NIA in terror-related matters. There would be no encroachment by the Centre on the activities of the state machinery.

He added that the multi-agency centre would be strengthened and sharing of information between Centre and States on terrorism-related matters would be smoothened in the coming days. There would be no discrimination among the agencies. Reddy noted that terrorism has no religion, no caste, no gender and it is against humanity.

Judges not to be addressed by 'My Lord', 'My Honour', rules Rajasthan High Court