On Thursday, President Ram Nath Kovind gave his assent to the Citizenship (Amendment) Bill 2019 that has now become an Act. 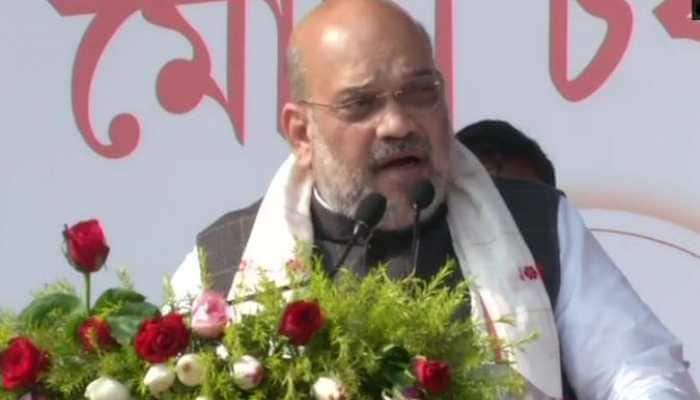 New Delhi: Union Home Minister Amit Shah has cancelled his visit to Meghalaya’s capital Shillong where he was scheduled to visit North-Eastern Police Academy (NEPA) on Sunday. The decision to cancel the Home Minister's visit was taken in the wake of massive protests over the Citizenship (Amendment) Act in Assam and other states of North East.

"The Union Home Minister was supposed to visit NEPA to attend the passing-out parade of the trained police personnel. But in view of the law and order situation in the northeastern region, especially n Assam, his visit was postponed," a top official of NEPA told a news agency.

All the leaders of three organisations have demanded that Tripura be kept out of the purview of the new law.

On Thursday, President Ram Nath Kovind gave his assent to the Citizenship (Amendment) Bill 2019 that has now become an Act. The law comes into effect after its publication in the official gazette late on Thursday night, according to official notification.

According to the Act members of the Hindu, Christian, Sikh, Buddhist and Zoroastrian communities who have come from Pakistan, Afghanistan, and Bangladesh till December 31, 2014 and facing religious persecution there will not be treated as illegal immigrants but given Indian citizenship.

Notably, as many as 11 petitions have been filed in the Supreme Court so far against the Citizenship Act. Congress leader Jairam Ramesh has also approached the apex court to challenge the validity of Citizenship (Amendment) Act, 2019.