Amit Shah reveals why Yogi Adityanath, a sanyasi, was made CM of Uttar Pradesh

Yogi Adityanath may have lacked administrative experience but Amit Shah says he and PM Narendra Modi believed in his determination and hard work. 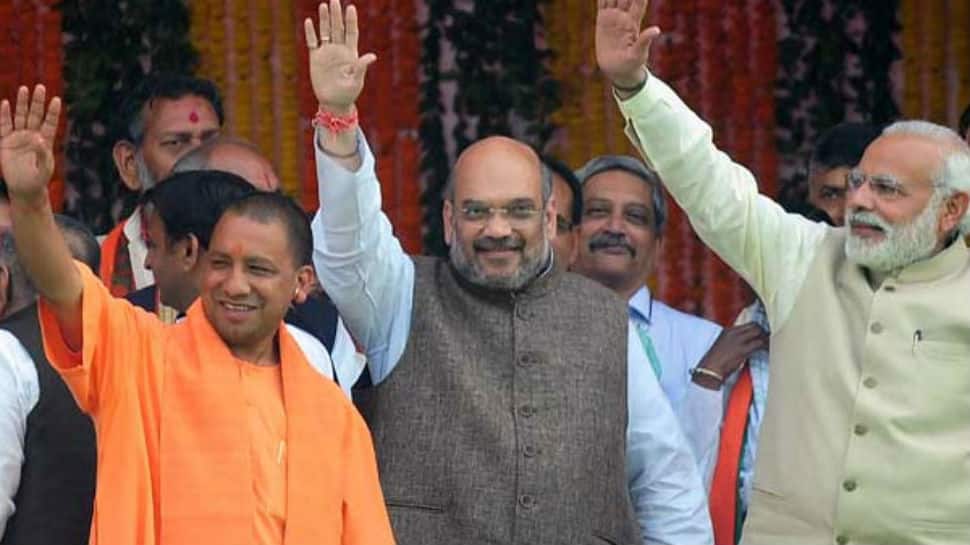 The Bharatiya Janata Party (BJP) had enjoyed resounding success in the Assembly election in Uttar Pradesh back in 2017. Rivals Samajwadi Party, Bahujan Samaj Party and Congress were swept to the sidelines as the saffron party claimed 312 of the 384 seats it had contested in. The decision to eventually name Yogi Adityanath as the CM, however, came as a surprise to many. On Sunday, Amit Shah admitted many had doubted Adityanath but he and Prime Minister Narendra Modi were sure of his capabilities and qualities.

Speaking at a groundbreaking ceremony in Lucknow for several projects in the state, Shah said that he had received calls about the decision to make Adityanath the CM. "No one had imagined Yogi ji to be the CM. People called us up & said that he has not even administered a municipality, he has never been a minister, he is a 'sanyasi' and he is being made the CM of such a large state!" the Home Minister revealed. "At that time the only thought of Narendra Modi and me, as party president, was that someone who is determined and capable of hard work will adapt to all situations. So we handed over UP's future in hands of Yogi ji. That decision was proven right by him."

Back in March of 2017, the BJP had pondered over who to name as the CM of the state with several names doing the round. Adityanath was eventually picked after being unanimously elected by the BJP legislature party, with Dinesh Sharma and Keshav Prasad Maurya named his deputies. Adityanath took oath on March 19 as the state's 21st CM, as did the two deputy CMs and another 47 ministers. On the occasion, PM Modi had tweeted his wishes to the new government. "Congratulations to Yogi Adityanath Ji, Keshav Prasad Maurya Ji, Dinesh Sharma Ji & all those who took oath today. Best wishes for serving UP," he had written.

The ceremony was reportedly attended by 1 lakh people and there were 35,000 security personnel deployed.

14 rebel Karnataka MLAs to challenge their disqualification in SC