In 1956, Pritam became the first woman to win the Sahitya Akademi Award for her magnum opus Sunehade. 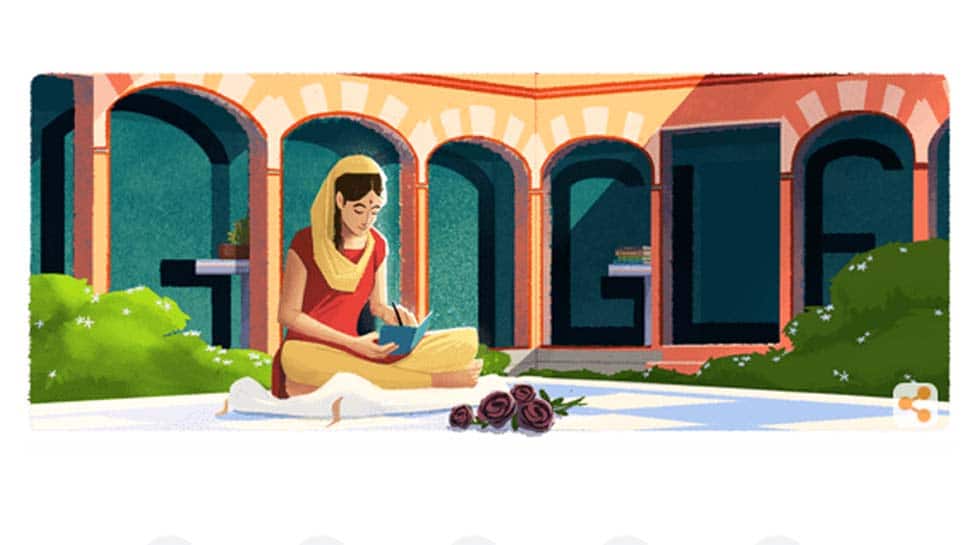 Saturday's Google Doodle is an ode to one of the most prolific writers in the history of independent India - Amrita Pritam - the lady who was way ahead of her times, who “dared to live the life she imagines.” Her works emerged as the voice of women, their struggles, and their courage. The Google doodle celebrates the writer's 100th birth anniversary.

One of history’s foremost woman Punjabi writers, Pritam was born in Gujranwala, British India, 100 years ago on August 31. She published her first collection of verse at age 16.

Pritam lived in Pakistan after the partition, writing in Punjabi, Hindi and Urdu. Her work was equally admired on both sides of the border.

She is most remembered for “Ajj Aakhaan Waris Shah Nu,” her poem lamenting the traumatic 1947 partition of India and Pakistan. The work’s title translates as “I Call upon Varis Shah Today,” referring to the 18th-century Sufi poet Waris Shah.

"Widely considered the greatest 20th-century Punjabi poet, Pritam also published 28 novels including Pinjar, a dramatic tale set during the time of partition which was adapted into a movie. Her autobiography Kala Gulab (Black Rose), referenced in the Doodle art, revealed many details of her personal life, allowing other women to speak more openly about their experiences with love and marriage," writes Google.

In 1956, Pritam became the first woman to win the Sahitya Akademi Award for her magnum opus Sunehade (Messages). She also received India's highest literary awards Bharatiya Jnanpith for Kagaz Te Canvas (The Paper and the Canvas). She was later bestowed Padma Shri in 1969 and Padma Vibhushan in 2004.

Pritam also worked for All-India Radio and edited the literary journal Nagmani. In 1986, she was nominated to Rajya Sabha, the Indian parliament.

"Throughout a six-decade career, Pritam received many prestigious awards including the Bharatiya Jnanpith literary award in 1981 and one of India’s highest civilian awards, the Padma Vibushan, in 2005. That same year a French translation of her novel, The Skeleton, was awarded the La Route des Indes Literary Prize," writes Google.