Amulya Leona, the girl who raised `Pakistan zindabad` slogan at an anti-CAA rally in Bengaluru was denied bail by a judicial magistrate. 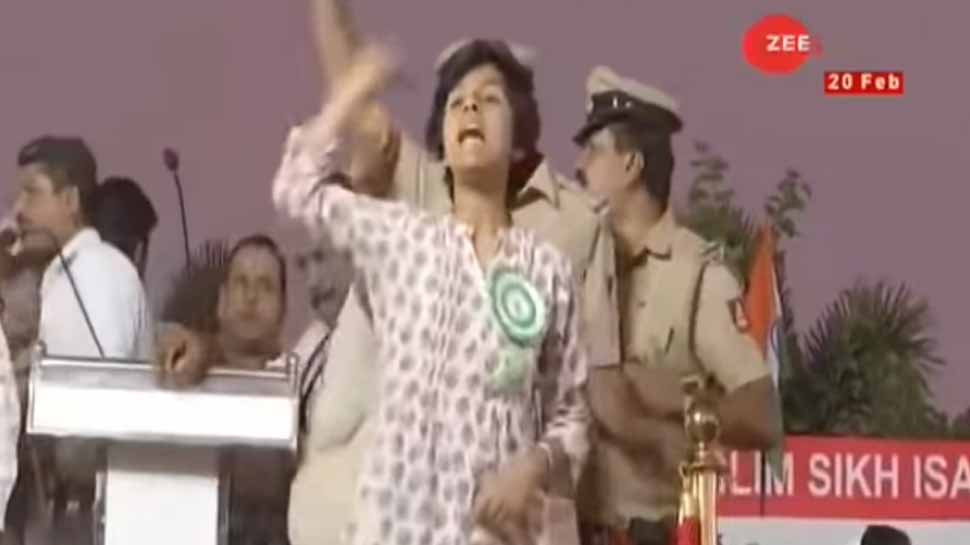 Amulya Leona, the girl who raised `Pakistan zindabad` slogan at an anti-Citizenship Amendment Act (CAA) rally in Bengaluru has been sent to 14-day judicial custody. Amulya Leona was earlier denied bail and now she will be kept in judicial custody till the matter comes up before the local court on Monday. A case has been registered under Section 124A (Offence of sedition) of the Indian Penal Code against Amulya.

She had raised `Pakistan zindabad` slogan at an anti-CAA rally organised by AIMIM chief Asaduddin Owaisi on Thursday (February 20).

Bengaluru Deputy Commissioner of Police (DCP) (West), B Ramesh had said that a suo moto case has been registered against her. "We have registered a suo moto case under Section 124A (sedition), 153A and B (promoting enmity between different groups and imputations, assertions prejudicial to national integration)," he said.

On February 16, Amulya on her Facebook said "Zindabad" to all the countries: India, Pakistan, Bangladesh, Srilanka, Afghanistan.

Further, she wrote: "We as kids are taught that we should respect our motherland and as a kid I would like to say that a people make the country and that the people of the respective countries should be respected."

Amulya hails from Chikmagalur in Karnataka, she came into the limelight after she shouted `Pakistan zindabad` at a CAA /NRC protest began in Bengaluru.

Meanwhile, Owaisi said that he condemned the act. "I immediately rushed to her, and told her that 'I will not tolerate this nonsense'. I don't even know this lady is," he said.

(With input from ANI)