The accident took place when the victims were travelling from Achampet to Tirupati and their car reached Duravarajupalle village, said police. 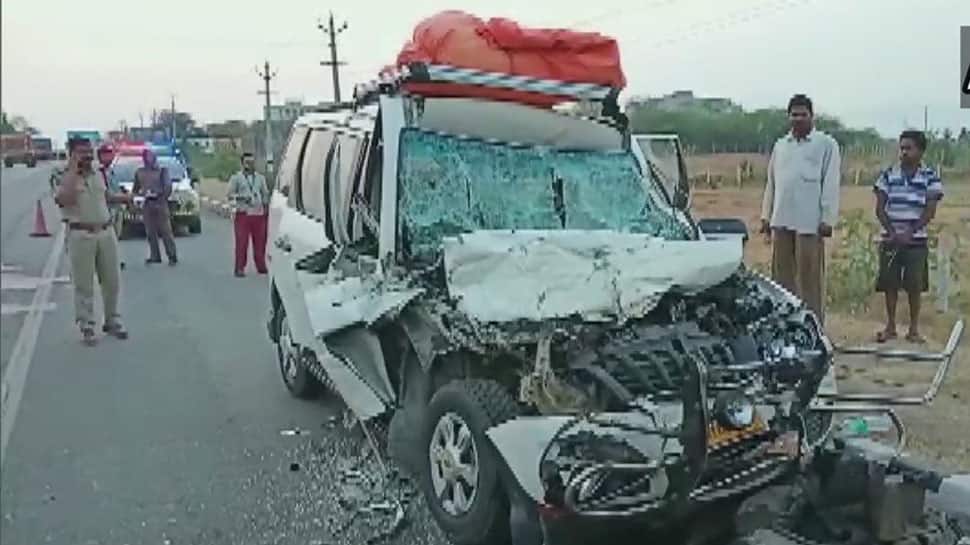 Chittoor: At least five people died and three others got injured after a car hit a lorry on the highway near Duravarajupalle village in Andhra Pradesh`s Chittoor district on Friday, police said.

The incident took place at around 5 am.

Renigunta urban police station CI, G Sivaramudu said, "A car was going from Guntur district to Tirupati. In the wee hours today, the car hit a lorry that was stopped by the roadside from behind. In the accident, five persons died on the spot. They are Vijaya Bharati (38), Prasanna (14), Chenna Kesava Reddy (12), Driver Prem Raju (35) and Ankayya (40). All belong to Rudravaram village, Achampet Mandal, Guntur district. Three more persons are injured."

The accident took place when the victims were travelling from Achampet to Tirupati and their car reached Duravarajupalle village, said police.

"Renigunta Urban police immediately rushed to the spot and admitted the injured in Ruya Hospital, Tirupati. The police have filed a case and started the investigation," Sivaramudu added.