Hazare has been demand the setting up of a Lokpal at the Centre and Lokayuktas in states. 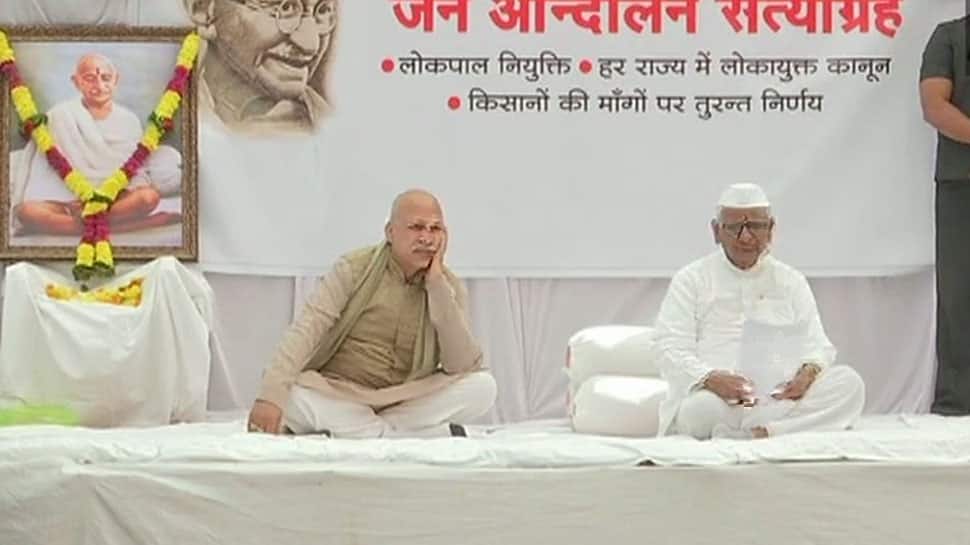 MUMBAI: Social activist Anna Hazare began his indefinite hunger strike at his village Ralegan Siddhi in Maharashtra's Ahmednagar district on Wednesday morning. The 81-year-old anti-corruption crusader has been demanding the formation of Lokpal at the Centre and Lokayuktas in the states.

#Maharashtra: Anna Hazare begins his fast for the formation of Lokpal at the Centre and Lokayuktas in the states, at Ralegan Siddhi. pic.twitter.com/mICrZoq9xt

"Through Lokpal, even the Prime Minister can be investigated if people will give any evidence against him... Similarly, in Lokayukta a Chief Minister and all ministers and MLAs under him can be investigated if somebody gives any evidence against them. That`s why they don`t want it. No party wants it. Lokpal was passed in the Parliament in 2013, but the government is yet to appoint it," Hazare said.

Earlier, speaking to the media, Hazare has said, “I will begin my hunger strike from my village Ralegan Siddhi. However, I will not be fasting against a party or a person. I will be protesting for the betterment of the nation.”

Speaking on Centre's "non-fulfilment" of assurances to put together a Lokpal, Hazare added, “It has been five years now, but Prime Minister Modi led government at the Centre is making excuses. If they wanted, they could have done the needful by now.”

Maharashtra Minister Girish Mahajan, who has been acting as an emissary between the government and the activist, urged Hazare to cancel the agitation, claiming that almost all the demands made by the activist have been fulfilled. Hazare, however, said he would not call off the agitation till the Lokayukta Act becomes a reality.

SC once again refuses to stay amendments to SC/ST Act