Answerable to people of the country, not BJP: Shatrughan Sinha at mega Opposition rally

Speaking at the Opposition's United India Rally, Sinha said he only speaks for the benefit of the country. 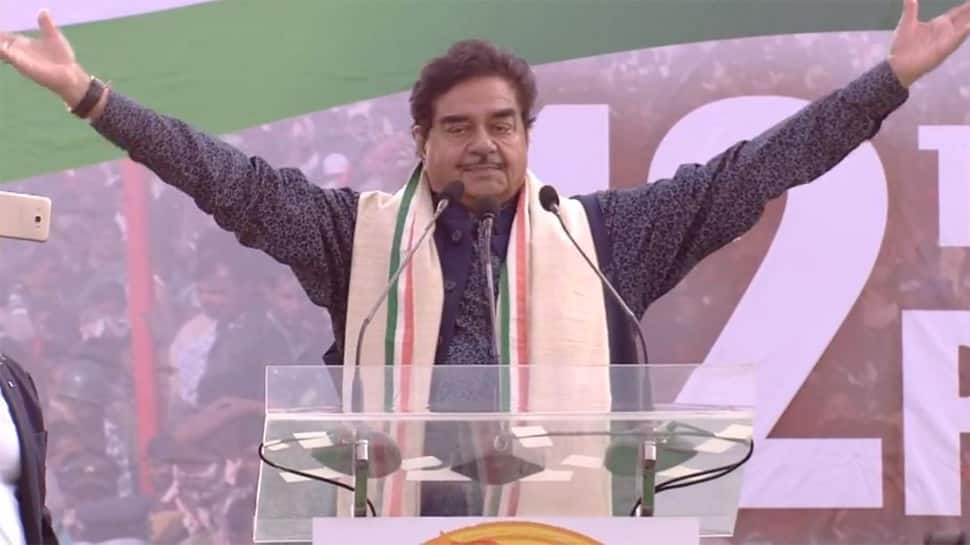 KOLKATA: Bharatiya Janata Party (BJP) MP Shatrughan Sinha on Saturday lashed out at his party for questioning him for speaking against the party line. Speaking at the Opposition's United India Rally, Sinha said he only speaks for the benefit of the country.

"I am not answerable to the people of the country not to the BJP. If I am speaking for the benefit of the country, how can I be speaking against the party," he said.

He also said that people of the country want a change in leadership. "The mood of the nation is Parivartan. People want a new leadership. When we will seek answers on Rafale, they will take us back to issues like Ram Mandir. Why suddenly just before the elections?," the BJP MP asked.

Earlier in the day, BJP had reprimanded him for attending the opposition's rally. BJP MP Rajiv Pratap Rudy labeled the Patna Sahib MP as an opportunist who is unwilling to quit the BJP.

"They make it a point to be present at the whip so that they don't lose their membership. At the same time they are so opportunistic that they want to climb the stage and be present at a conclave. BJP will take cognisance of it.

He also said that Sinha wants to enjoy the perks of being a BJP MP. "Some people are intelligent in a different way. Some people want to carry stamp of BJP for the facilities that come as an MP," he said.