The ongoing protests against amended Citizenship Act and National Register of Citizens (NRC) got violent in North Dinajpur’s Raiganj in West Bengal when protesters were attacked by some unidentified miscreants on the NH 34. 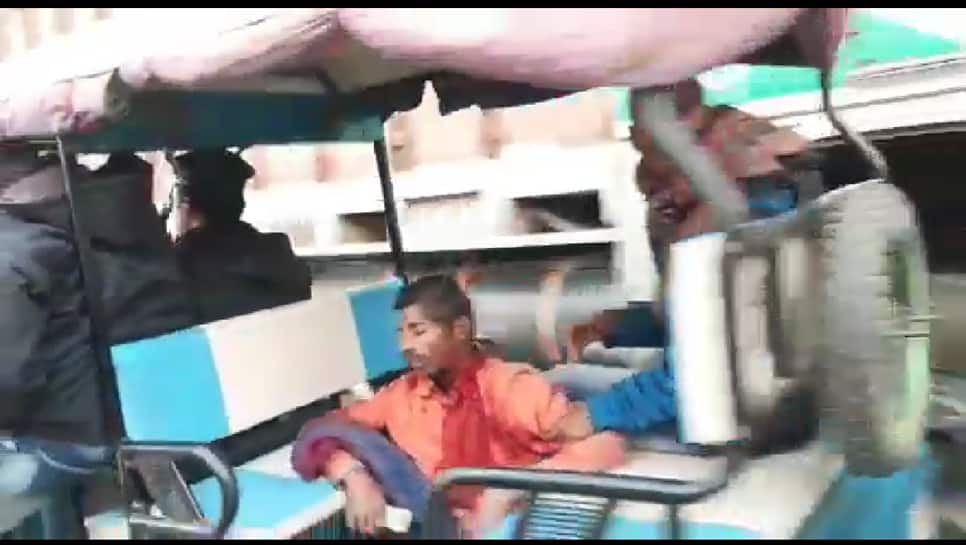 The ongoing protests against amended Citizenship Act and National Register of Citizens (NRC) got violent in North Dinajpur’s Raiganj in West Bengal when protesters were attacked by some unidentified miscreants on the NH 34.

Sources told Zee Media that police rushed to the spot to bring the situation under control and it took around two hours for the policeman to bring things under control. Several protestors got injured after miscreants hurled crude bombs at them.

Earlier on Wednesday, West Bengal Chief Minister Mamata Banerjee continued her protests against the Citizenship Amendment Act (CAA) for the third consecutive day and targeted Union Home Minister Amit Shah saying it is the job of Home Minister to maintain peace and harmony in the country.

“You (Amit Shah) are the Home Minister of the country, and not just a BJP leader. Please maintain peace in the country. You have not done ‘sabka saath, sabka vikas’ but ‘sabke saath sarvanash’ (disaster). Withdraw CAA & NRC, or else I will see how you implement it here,” the Bengal Chief Minister said.

“When Babri Masjid was demolished there was some tension but after that, the people were living in peace. But this has been disrupted ever since they came to power again. Look what they did to Kashmir, look what they did to Assam and Tripura. The entire country is burning. Your job is to douse the fire,” she added.

Continuing her attack on the CAA and NRC, the TMC supremo said that the BJP leaders were lying as the CAA is aimed at taking away citizenship from a particular community. “CAB and NRC are two sides of the same coin. They are lying when they say this will not nullify anybody’s citizenship. Don’t understand us. We are mice if you think you are rock. We will bite you into bits. You cannot scare me,” said Banerjee.