Delhi Police on Sunday (February 16) said that they have asked the Shaheen Bagh protesters to form a delegation which wants to meet Union Home Minister Amit Shah and they will try to arrange a meeting. 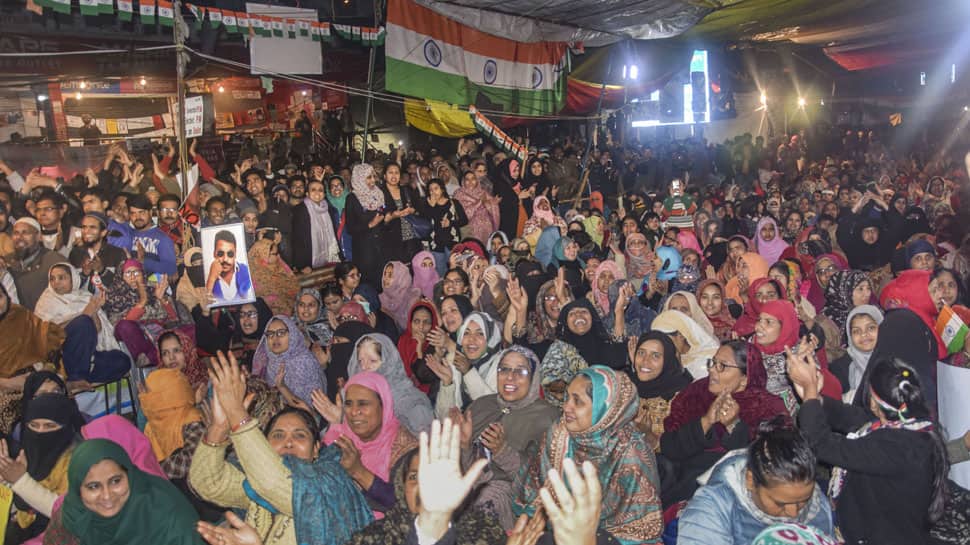 The Delhi Police on Sunday (February 16) clarified that the anti-Citizenship Amendment Act (CAA) protesters at Shaheen Bagh protesters will not be allowed to meet Union Home Minister Amit Shah in a large group.

The police, however, said they have asked the protesters to form a delegation which wants to meet Shah on Sunday and they will try to arrange a meeting. "We have asked protesters (#ShaheenBagh) that who all are in the delegation which wants to meet HM Amit Shah today so that we can plan a meeting but they said that they all want to go. We have denied that but we will see what we can do," said Delhi Police in a statement.

On Saturday (February 15), the protesters at Shaheen Bagh had said that they will march toward Shah's residence on Sunday at 2 pm to hold discussions with him over CAA.

The protesters made the announcement a day after Shah said in a TV interview that he is open to hold discussions over the CAA with anyone, including the protesters of Shaheen Bagh. The Union Home Minister, however, had also said that those who want to meet him can get in touch with his office and they will get an appointment to meet him within three days.

Notably, the Shaheen Bagh protesters had not sought an appointment with Shah but they are saying that since the protest is not being led by any single person they cannot form a delegation. The protesters also said that since it is a people's protest everyone has the right to meet Shah because he is the Home Minister of all of us.

For its part, Ministry of Home Affairs sources, too, had denied that a meeting was scheduled between the Home Minister and the Shaheen Bagh protesters.

The protest at Shaheen Bagh against the Citizenship Amendment Act has been continuing for the past nearly two months and has gained national attention. Hundreds of women and children have been staging protests at the site ever since the Rajya Sabha approved the Citizenship Amendment Act in December 2019. The protestors have also expressed reservations about National Population Register and are opposed to any move towards the National Register of Citizens.

The Citizenship Amendment Act grants citizenship to Hindu, Sikh, Jain, Parsi, Buddhist and Christian refugees who came from Pakistan, Afghanistan and Bangladesh on or before December 31, 2014.