Anti-CAA protests: Will seize property of those involved in violence and compensate people, says UP CM Yogi Adityanath

Uttar Pradesh chief minister Yogi Adityanath said that no one will be allowed to indulge in violence in name of protest the government will seize properties of those found guilty of being involved in violence and compensate damage to public property. 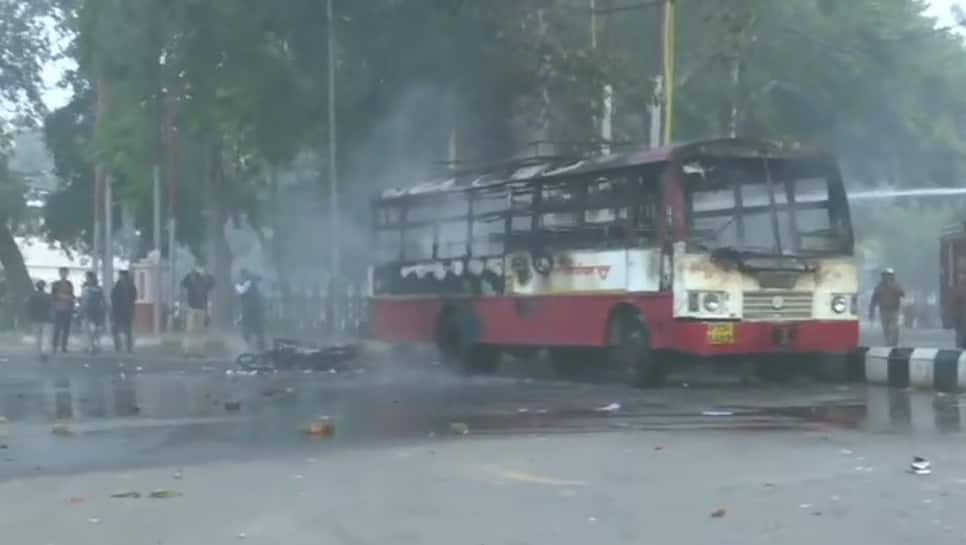 Reacting to violence which erupted during anti-Citizenship Amendment Act (CAA) protests in Lucknow and Sambhal on Thursday (December 19), Uttar Pradesh Chief Ministre Yogi Adityanath said that he has called a meeting over these incidents. The Uttar Pradesh chief minister added that no one will be allowed to indulge in violence in name of protest. CM Yogi warned the protesters should not break law and said that the government will seize properties of those found guilty of being involved in violence and compensate damage to public property.

"I have called a meeting over this. You cant indulge in violence in name of protest. We will take strict action against such elements. Will seize property of those found guilty and compensate damage to public property," said Uttar Pradesh chief minister.

CM Yogi Adityanath also slammed the Congress, Samajwadi Party and Left for misleading the people in the name of CAA and created disharmony in the country.

Earlier on Thursday, anti-CAA protesters in Lucknow resorted to stone pelting at policemen and they also set some vehicles on fire and vandalised a police post. The violent protests forced the policemen to fire tear gas shells at the protesters and resort to lathicharge to maintain law and order. The mob started violence old city area of Lucknow. It is to be noted that the area is a sensitive zone because it has a sizebale Muslim population.

Talking to ANI, SSP Lucknow, in Husainabad, said that situation in Lucknow is now under control. He added that mob turned violent during anti-Citizenship Amendment Act protest but the policemen kep their cool and handled the situation with patience.

The protesters turned violent in Sambhal too, setting ablaze a bus and damaging some vehicles. The police reached at the spot in time to bring things under control. Police have arrested 15 people in Sambhal for their alleged involvement in violemcce. Internet services have been suspended in the area to keep things under control.