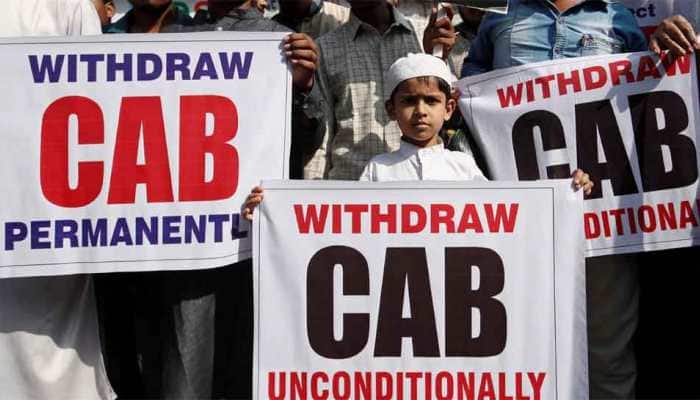 New Delhi: In view of the protests against the Citizenship Amendment Act by the students of Aligarh Muslim University (AMU), the district administration suspended Internet services from 10 pm on Sunday night to 10 pm Monday.

District Magistrate (DM) Chandra Bhushan Singh on Sunday night issued the order, which reads, "Internet services have been suspended from 10 pm tonight to 10 pm tomorrow in Aligarh city," adding "After the protest in the Aligarh Muslim University by students today, it cannot be denied that some anti-social elements can incite violence among the people using internet services to circulate inflammatory messages or content on social media, so to prevent that internet services remain suspended from 10 pm tonight till 10 pm tomorrow."

The Registrar of AMU, Abdul Hamid reportedly said that the university would remain closed till January 5, 2020, due to the present situation in the wake of protests against the citizenship law.

Speaking to media, Hamid said, "In view of the current situation, we have declared winter vacations today onwards. The university will reopen on January 5. Examinations will be held after that."

"The situation is tense here on the campus after stone pelting from some students and anti-social elements. We have requested the police to act to control the situation. The winter vacation, which was to begin after a week, has been declared now," he added.

Meanwhile, Uttar Pradesh Chief Minister Yogi Adityanath has appealed people to maintain peace and harmony and not to pay heed to the rumours being spread regarding the Citizenship Amendment Act (CAA). In a statement, the Chief Minister`s Office said that the government is committed to the security of every citizen. For this, it is important that all the citizens abide by the laws.

Ajay Anand, ADG law and order (Agra Zone) in Aligarh said, "Our personnel are deployed and situation is under control. All necessary steps will be taken to maintain law and order," adding "Total peace in entire Uttar Pradesh. Field staff is vigil and in touch with all concerned in abundant precautions."