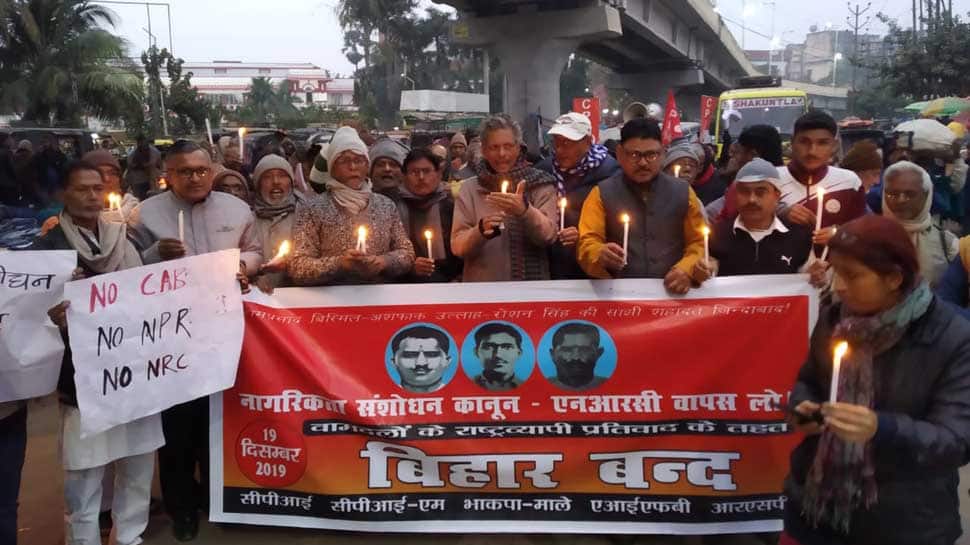 As the protests against CAA and NRC rages on, the Left parties and their alliance in Bihar called for a state-wide bandh and carried out demonstrations in several cities virtually bringing the state to a standstill.

In Patna, protests by Left party and Jan Adhikar Party workers created massive traffic snarls at the toll plaza near NH-30. Movement of traffic has been affected in several parts including Mahatma Gandhi Setu which has been closed for vehicular traffic.

Party workers demonstrated against the Centre for bringing the controversial CAA and NRC Bill. The workers demanded that the Bill be taken back and accused the Prime Minister Narendra Modi-led government of dividing India. They said, "If the government does not rescind the bill we will be forced to resort to violence."

Meanwhile, supporters of Vikassheel Insaan Party tried to stop the movement of trains at the Rajendra Nagar Terminal in Patna.

In Jehanabad, Saharsa and Aara workers of Jan Adhikar Party raised slogans against the ruling party and blocked roads in several parts.