The Delhi HC has also issued notices to the Centre and the Delhi Police directing them to file their affidavits on violence which erupted in Jamia on Sunday (December 15). 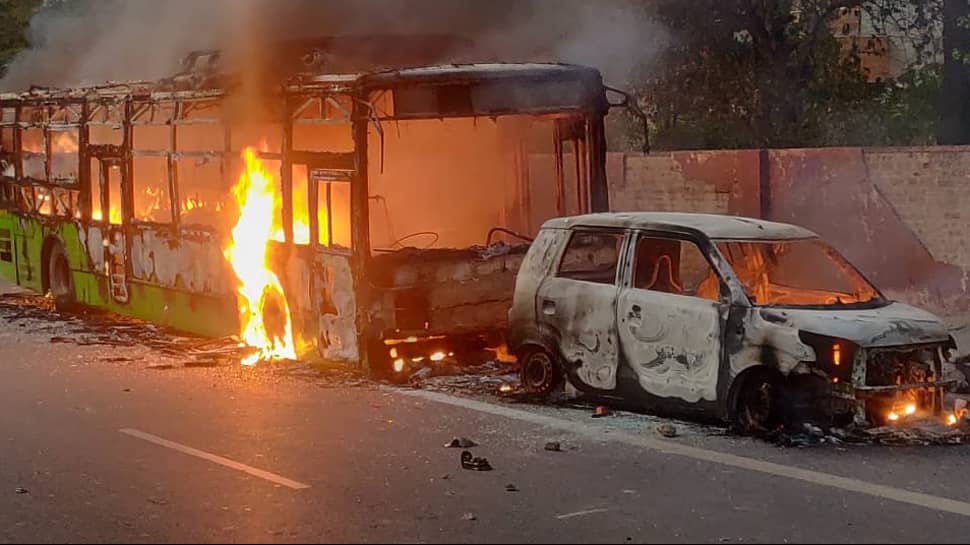 The Delhi High Court on Thursday (December 19) refused to provide any relief to protesters of Jamia Millia Islamia University from any coercive action, including arrest.  As the court rejected the plea for protection, lawyers representing the students chanted "shame, shame".

The Delhi HC has also issued notices to the Centre and the Delhi Police directing them to file their affidavits on violence which erupted in Jamia on Sunday (December 15).  The next hearing, in this case, is scheduled on February 4. The court also did not pass any directions to preserve the CCTV footage of the violence.

Ten people, some having criminal backgrounds, were on Tuesday (December 17) arrested in connection with the violent protests between the Delhi Police and students of Jamia Millia Islamia University.

Earlier on Monday, the Delhi Police lodged an FIR against 15 people for their alleged involvement in the protests that took place on Sunday. The agitators had set ablaze four buses near New Friends Colony, injuring at least six policemen and two fire brigade personnel. Locals of the Sarai Julema are in Jamia Nagar had allegedly clashed with police. The situation turned critical when the police got into action. Several Jamia students are also said to have been injured in the clash. Around 100 students were also detained by the police but were released later.

Telecom service provider Bharti Airtel, Vodafone and Reliance Jio suspended voice calls, SMS and internet services in parts of the national capital on Thursday. On its social media platform Twitter, Bharti`s customer care tweeted, "We`re complying with instructions received from govt. authorities on suspending Voice, SMS and data in certain areas in Delhi," adding "Once the suspension orders are lifted, our services will be fully up and running."

Section 144 of the IPC has been imposed in the Red Fort area and the North District in Delhi to stop the protesters from assembling at Red Fort. The police, however, permitted the major protests in the city - Red Fort to Shaheed Park, and Mandi House to Parliament Street.